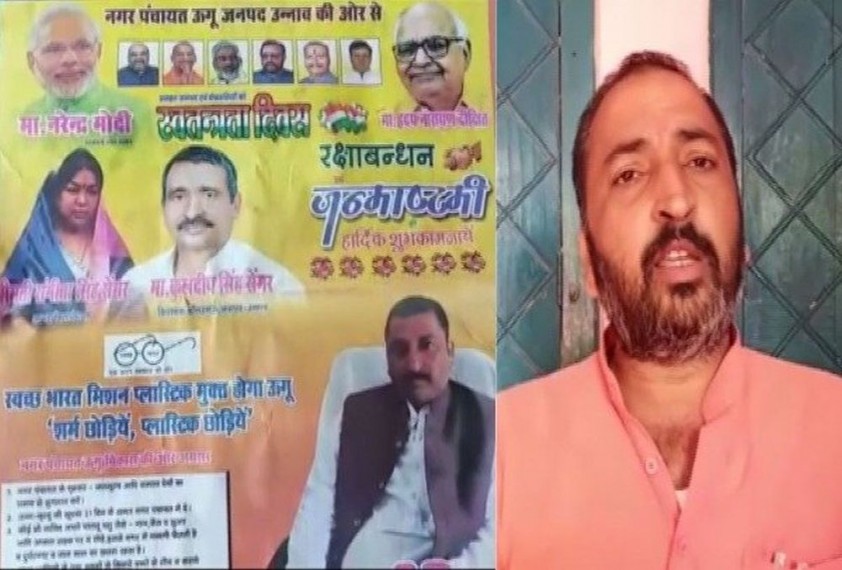 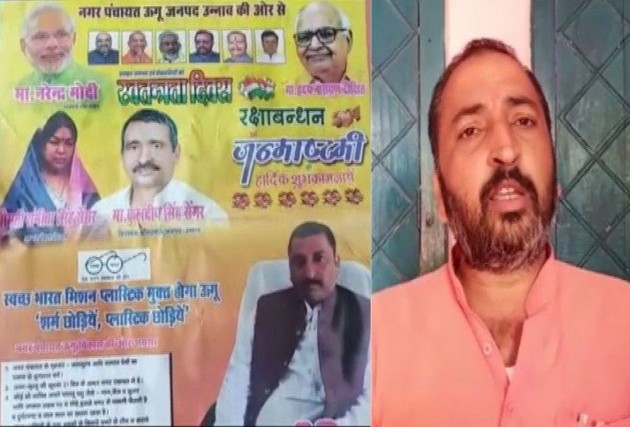 Sengar, who was expelled by the BJP earlier this month, featured on advertisements funded by the Panchayat chairman of Ugoo area in Unnao. Meant to wish residents on Independence Day and Raksha Bandhan on August 15, the ads also had photos of Sengar's wife.

However, Ugoo Panchayat chairman, advocate Anuj Kumar Dikshit, who had commissioned the advertisement denied having any links with any political party and also defended his actions.

"Kuldeep Singh is MLA of our region and hence his picture is there. I have not mentioned any party in the advertisement. Till the time he is an MLA we will put his pictures", Dikshit asserted.

Last week, a Delhi court had framed charges against Sengar in the rape case against him. He has also been named in the case pertaining to the death of the survivor's father.

Another case was registered against the former BJP leader after the victim met with a deadly accident last month.

The lawmaker had allegedly raped the girl, a minor at that time, at his residence in Unnao in 2017, where she had gone to seek a job.

He is presently lodged at the Tihar Jail of the national capital.