The agitation for reservation, which entered its fourth day on Monday, witnessed violence on Sunday when protesters clashed with police personnel near Dholpur 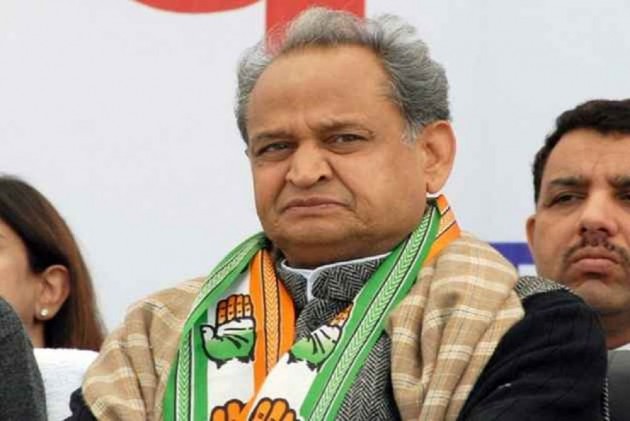 Condemning the violence and blocking of road and train traffic by protesters in Rajasthan, Chief Minister Ashok Gehlot said his government was ready to open talks with Gujjars on their demands.

"The government is ready to open discussions with the agitating community," Gehlot said on Sunday and added that sitting on railway tracks as part of the protest was unethical.

Rajasthan Min Bhanwar Lal: Would like to appeal to Gujjar community that please do not resort to violence, protest peacefully. I would also like to appeal to Bainsla Ji to send his team for dialogue&we will discuss as to how their demands can be met within limits of Constitution. pic.twitter.com/XDoxcS4mnZ

The agitation for reservation,  which entered its fourth day on Monday, witnessed violence on Sunday when protesters clashed with police personnel near Dholpur.

The police had to fire tear gas shells to disperse the protesters when they began pelting stones. Three police vehicles were also set on fire.

Five policemen were injured in the stone pelting. No arrests have been made, so far, said Mohan Lal Lather, Director General of Police.

Three separate cases have been registered and investigations are on. Those flouting norms shall be dealt with an iron hand, the police officer said.

The Chief Minister said the government would look into the issue and probe the violence that erupted in Dholpur on Sunday.

The Gujjar Aarakshan Sangharsh Samiti (GASS) launched an agitation on Friday and started blocking highways and traffic on the Delhi-Mumbai rail route.

They are demanding five per cent reservation in government jobs and education institutions.

The DGP said control rooms have been set up in the violence-hit areas of Rajasthan.

On the Gujjars' threat to intensify the agitation on Monday, the DGP said: "We have deputed additional forces in the violence-prone areas to tackle any untoward incident."

Early in the day, protesters tried to block the National Highway No. 3 near Dholpur but the police intervened resulting in clashes.

While rail traffic on the Delhi-Mumbai route remained disrupted for the third consecutive day on Sunday, the Kota Railway Division has cancelled 28 trains till February 13, and diverted 37 trains.

Around 18 trains scheduled to run on Sunday, 10 on Monday, 12 on Tuesday and 15 on Wednesday were cancelled, a Northern Railway official said.

GASS chief Bainsla blamed anti-social elements, who have become a part of the protest, for the violence.

According to the DGP, Gujjars have blocked National Highway 148D at Bundi, Bhilwara and Gulabpura.

Agitators are sitting on rail tracks in Sawai Madhopur's Malarna Dungar. The Karauli-Hindon Highway was also blocked by Gujjars on Sunday.

Gehlot said he was confident that Bainsla and his team will come forward to open discussions and the issues would be resolved the earliest.

The Gurjars are classified as Other Backward Class (OBC) in some states and Union Territories. In Jammu and Kashmir and some parts of Himachal Pradesh, they are categorised as a Scheduled Tribe.