I Called You Several Times, Says Khattar. Why Not On Official Channels, Asks Amarinder

The Haryana and Punjab chief ministers row over farmers' issue 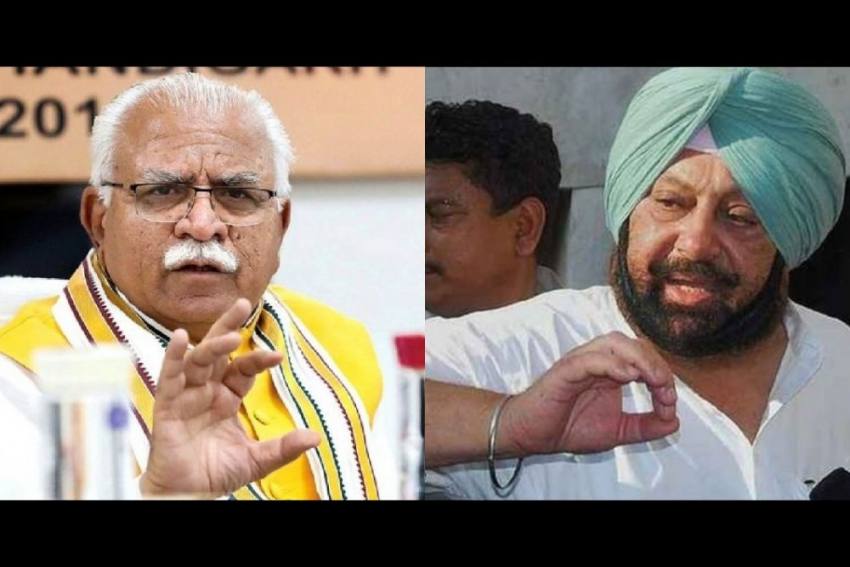 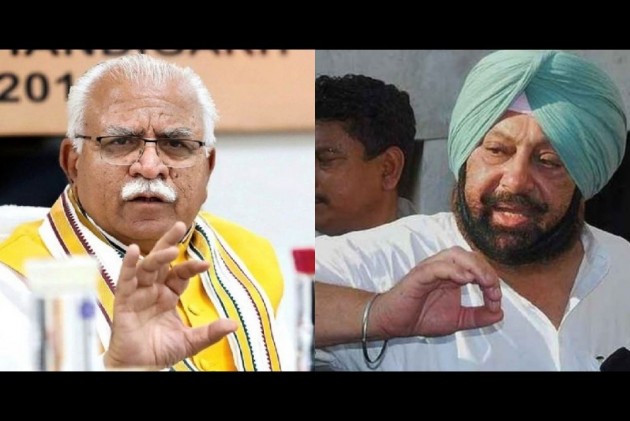 Punjab Chief Minister Amarinder Singh on Sunday hit back at his Haryana counterpart Manohar Lal Khattar over allegations that he did not respond to repeated calls made over the farmers' issue, asking why the latter did not use official channels to contact him.

The Punjab chief minister  also trashed the call records released by Khattar, claiming to be proof of attempts made to get in touch with him, as "complete fraud", saying by this the Haryana chief minister has exposed his "deception" even more sharply.

"If at all someone from his (Khattar's) office called my residence, why were the calls made to an attendant? Why were official channels not used to get in touch with me?" Singh posed.

Flaunting a page of his own office register cannot condone Khattar's lies, he said in a statement here.

"Top officials of the Punjab government, at the principal secretary and DGP levels among others, have been in touch with each other on the farmers' issue for the past several days. Yet none of these officials conveyed Khattar's desire to talk to me at any point in time," Amarinder Singh said.

Khattar has claimed said that he had tried to talk to his Punjab counterpart on many occasions over telephone on the 'Delhi Chalo' march by farmers' protesting the Central farm reform laws.

"Now, when the record has been shown as to how many times I tried to speak to him, he (Amarinder) has no answer," Khattar had said earlier in the day.

Khattar had claimed that despite wanting to talk to Amarinder Singh over the issue, he did not respond even when telephone calls to his office were made for three days.

The Punjab chief minister hit back and asked Khattar to "stop lying".

"How many times in the past has Khattar used the attendant channel to get in touch with me? In any case, I have an attendant to receive calls at my residence only from 9 am to 5 pm, as I don't believe in ill-treating my staff members. Khattar could simply have picked up the phone and called me on my mobile phone," Singh said.

Accusing Khattar of having "no serious intent" of discussing farmers' protest, he said, "If I can talk to a whole lot of central leaders, right from prime minister, on the issue of the farmers' protest, why would I try to wriggle out of talking to Khattar on the same."

Singh also lashed out at Khattar over remarks he would hold his Punjab counterpart responsible if farmers' gathering on the state's borders with Delhi leads to an aggravation of the Covid-19 situation in the state.

"If he (Khattar) was so concerned about farmers spreading coronavirus in Haryana, whose track record in the pandemic remains extremely poor, he should not have stopped them within the state, but should have allowed them to move quickly to Delhi," the Punjab chief minister said.

On Khattar's remark that farmers should not block Haryana's borders, Singh said it was the Haryana government and its police that have been blocking the borders for the past three days by forcibly stopping the farmers from proceeding.

Amarinder Singh also flayed Khattar's persistent denial of use of force by Haryana Police and noted that the Haryana chief minister's "lies" on the issue have been totally exposed by the Haryana farmers themselves.

They haved not only rejected their chief minister's claims that no farmer from Haryana had joined the march but had shown their ID cards, duly issued by the Haryana government, the Punjab CM said.

People Will Have The Last Word, Says Suvendu As Speculations Continue