Saying that the people have reposed their faith in the leadership of Singh, Punjab Congress president Sunil Jakhar announced the party's plans for the upcoming Assembly polls 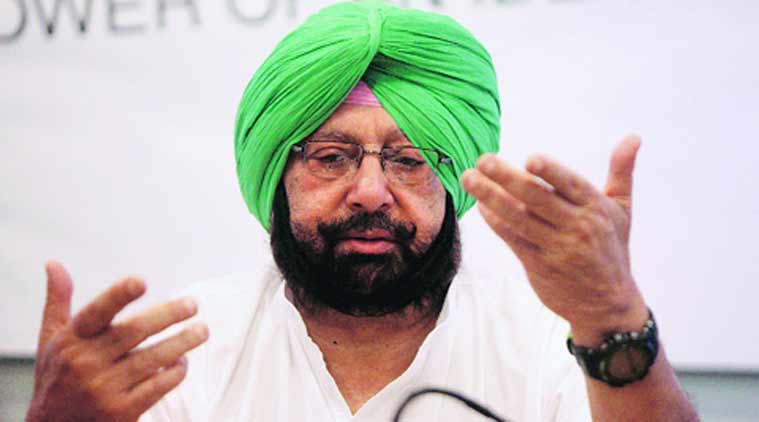 Punjab Chief Minister Amarinder Singh shall be leading the party in the next assembly elections, announced Punjab Congress president Sunil Jakhar. This move comes in the wake of people reposing their faith in his leadership with their verdict in the party's favour during the recently held civic body polls, he added.

Having won 7 seats out of 8, Congress swept off the recent civic body polls. It also emerged as the largest party in the Moga MC and won most of the 109 municipal councils and nagar panchayats.

In a statement here, Jakhar said, "The Congress Party's sweeping victory in the civic body polls has not only revalidated Amarinder' Singh’s leadership in the state but was an endorsement of the faith of Punjabis in his future leadership also.”

Disclosing that the state Congress has already launched the “Captain for 2022” mission, Jakhar said the next assembly elections in the state will be fought under his leadership.

Jakhar was speaking here at an event held virtually for the launch of development projects worth Rs 1,087 crore by the chief minister under the Smart City and AMRUT schemes.

Lauding the CM, Jakhar said he has led the state in very difficult times and people are well aware of his contribution.

"Punjab is perhaps facing its worst-ever crisis-–COVID-19, farmers' unrest due to the black farm laws, coupled with an unfriendly Union government–and Amarinder Singh had the vision and leadership qualities to the steer the state out of it," he said.

Lambasting the Centre for its "step-motherly treatment" to Punjab, Jakhar said they resorted to all kind of measures, including an "economic blockade" to "punish" the state for supporting the farmers' agitation.

He said the federal structure of the country is under "extreme threat" under the BJP-led Union government.

The former Gurdaspur MP also questioned the refusal of permission to a 'jatha' (group) to go to Nankana Sahib in Pakistan and accused the Centre of being biased against the state.

Jakhar said there has been a growing though incorrect perception that the state government is only working for the rural areas.

Though Punjab is an agrarian economy, massive development works have been started in the urban areas that will dispel this perception, Jakhar said.

Jakhar also urged the CM to ensure that the Congress manifesto for 2022 should promise-making Amritsar an iconic city.

"Amritsar should be made as one of the best cities in the world on the lines of the Vatican," he said.

Punjab Youth Congress chief Barinder Singh Dhillon termed the inauguration of these projects as a grand start after the victory in the municipal elections, as per a statement.

He said the landslide victory of the party reflects the enormous faith people have in the leadership of the chief minister.

"You will have to contest the 2022 Vidhan Sabha elections as Punjab needs your stewardship," Dhillon told the CM.

We Will Not Allow TN To Use Surplus Cauvery Water, Says Karnataka CM