Punished For Staying Back In Valley: Kashmiri Pandits 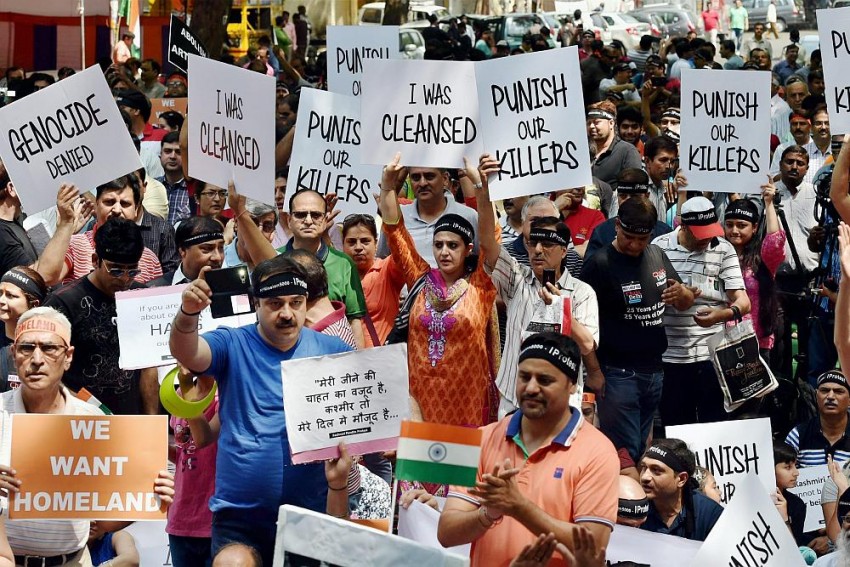 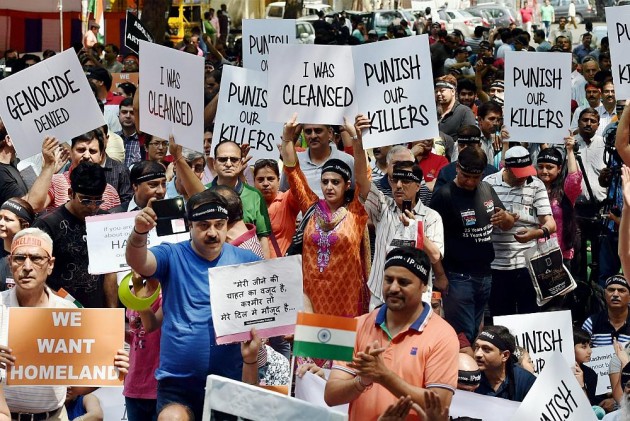 Protests by members of the Kashmiri Pandit Sangrash Samithi, an organisation of Kashmiri Pandits, who stayed back in the Valley even after the 1990 mass migration, entered its fifth day today.

The organisation accused the Jammu and Kashmir government of neglect, saying they were being punished for not migrating.

The Pandits are seeking financial assistance for those still living in the Valley and also benefits of migrant welfare funds. They are asking for protection, preservation and restoration of temples and other religious institutions belonging to the religious minority in Kashmir Valley.

They are also seeking an extension of the Prime Minister’s job package, filling up of 500 posts and one job per family. They are asking for accommodation for all deserving non-migrant families under the PM’s Relief and Rehabilitation Package. All Pandits who migrated from the Valley are availing jobs and other benefits but the Valley-based Pandits have been denied the same, the organization said.

On September, 30 this year, the Samithi called off its first fast-unto-death agitation when Srinagar deputy commissioner Shahid Iqbal Chowdhary assured them in writing that their demands would be discussed and all the directions of the high court and ministry of home affairs implemented.

“We, the non-migrant Kashmiri Pandits, have become invisible for the administration and are miserably neglected,” Samithi president Sanjay Tickoo said.

He said though the Centre acknowledges their existence in Kashmir Valley and is making recommendations to the government of Jammu and Kashmir, some local politicians of the ruling party are sabotaging every process. “We believe we are facing hatred and isolation from the present local government because we stayed back in Kashmir Valley despite armed insurgency and political turmoil which started in early 1990.”

He said that the Samithi felt cheated and back-stabbed by the Jammu and Kashmir administration for not adhering to their own promises and commitments conveyed to them during the first phase of fast-unto-death pledge.