Major Bisht was to come home on February 28 for his marriage. 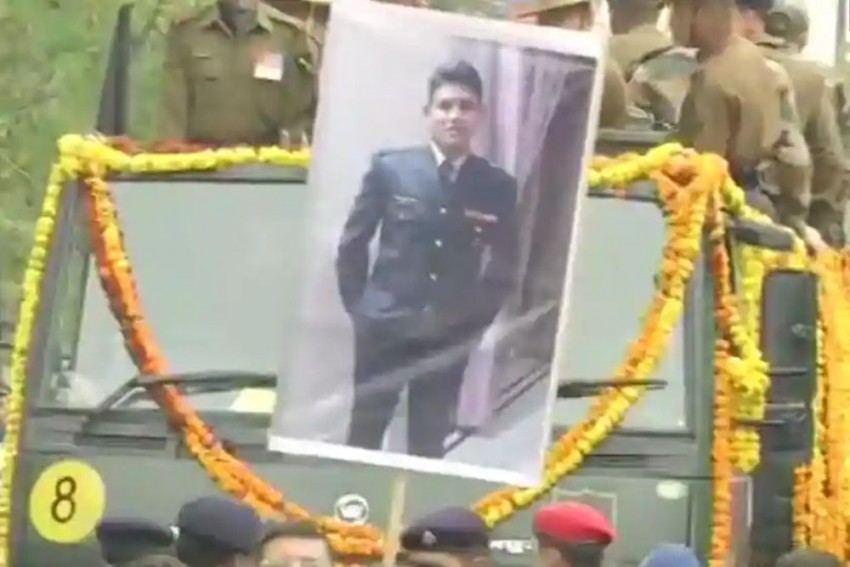 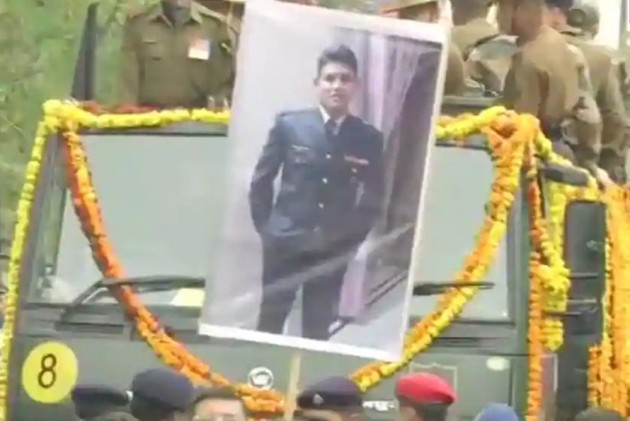 Major Chitresh Bisht was to come home later this month for his marriage scheduled for March 7. He did come but in a coffin wrapped in the national flag and on Monday Uttarkhand bid a tearful farewell to its brave son.

Heart rending scenes were witnessed at the funeral of Major Bisht, who died while defusing a mine along the LoC in Naushera sector of Rajouri district in Jammu and Kashmir.

The mortal remains of Major Bisht were consigned to flames at Kharkhari cremation ground on the banks  of the Ganga in Haridwar with full military honours as thousands of people turned up to pay their last respects.

The funeral pyre was lit by the Major's cousin brother Harshit Bisht in the presence of the officer's elder brother Niraj Bisht and a host of political dignitaries including Cabinet minister Satpal Maharaj, Nainital MP Bhagat Singh Koshiyari and others as chants of Vande Matram rent the air.

Earlier, the Bisht household in Nehru Colony echoed with wails of mourning as the Major's mortal remains were brought home on Monday morning  from the army hospital in the city where it was kept on Sunday.

Thousands of people comprising Army men, policemen, politicians, relatives, friends and people in general thronged  the young army officer's home to pay their last respects as his coffin borne on the shoulders of Army men entered the gates.

People descended on the street which led to the Major's house and climbed their rooftops as his body was brought home.

His distraught mother kept crying inconsolably near the coffin even as his father SS Bisht, a retired police officer tried to comfort her while fighting back his own tears.

Just a day after Pulwama terrorist attack in which 40 CRPF men were brutally killed, Major Bisht was killed while defusing an IED along the LoC in Nowshera sector of Rajouri district in Jammu and Kashmir.

The family was preparing for the young officer's marriage when it received the shattering news of his sad demise on Saturday evening.

Major Bisht was to come home on February 28 for his marriage.

Uttarakhand DGP Anil Raturi and ADG Ashok Kumar were also among a host of senior police officials who turned up to pay their tribute to the Army man.