Jammu District Magistrate Ramesh Kumar issued two orders announcing relaxation of curfew in all areas of Jammu district from 7 AM to 6 PM for 11 hours. 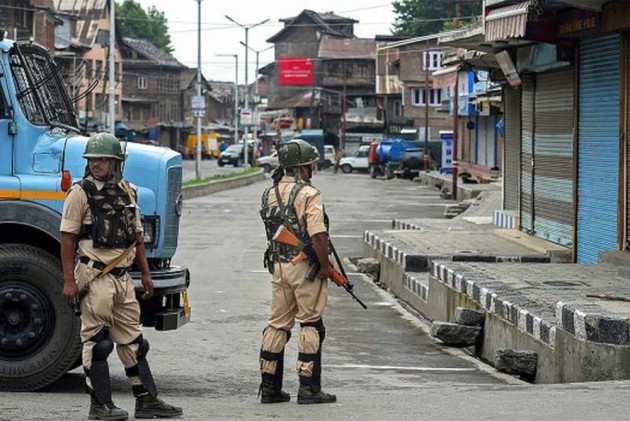 Authorities lifted the curfew for a day in Jammu on Thursday, facilitating resumption of normal activities in the the city.

After experiencing massive protests following the Pulwama terror attack, markets re-opened and public transport was back on the roads. Schools also reopened after a week-long closure due to curfew and restrictions.

Jammu District Magistrate Ramesh Kumar issued two orders announcing relaxation of curfew in all areas of Jammu district from 7 AM to 6 PM for 11 hours.

The district magistrate initially ordered relaxation in the curfew in the entire city from 7 AM to 2 PM and later extended the relaxation period till 6 PM, as per the order.

However, prohibitory orders remained in force to maintain law and order, officials said.

Policemen were seen making rounds of the city early this morning to announce relaxation of the curfew and asked people to resume their normal activities.

The 2G mobile Internet services have been restored in the district.

However, all colleges and universities in the district remain closed.

"All examinations have been cancelled in Jammu University. There will be no teaching", JU PRO Vinay Thusoo said.

However, officials said examination of 8th and 9th classes would be held as per schedule Thursday in all districts of Jammu province.

In case of restrictions in any area, the admit cards of students and identity cards of teachers will be treated as curfew passes, the officials said.

Shops and business establishments reopened across the city, while public transport also resumed in most of the routes as people came out of their homes to buy essential commodities.

People in some areas complained of shortage of vegetables, milk and ration and demanded that ATMs be made operational immediately as they are running out of cash. They also complained about non-availability of public transport in some routes.  All wine shops and bars will also remained closed.