Attired in a black shirt and veshti, Narayanasamy and five of his ministers began the dharna on Wednesday to demand that the Centre recall Kiran Bedi. 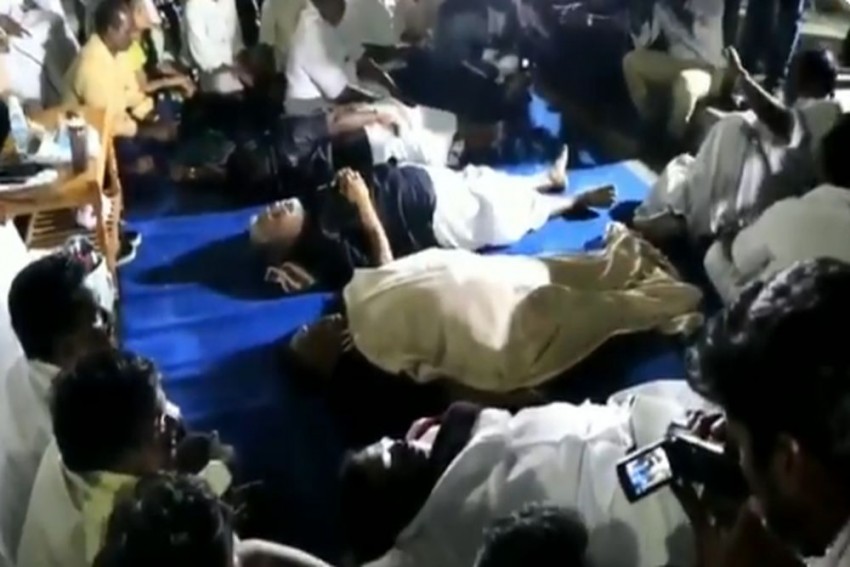 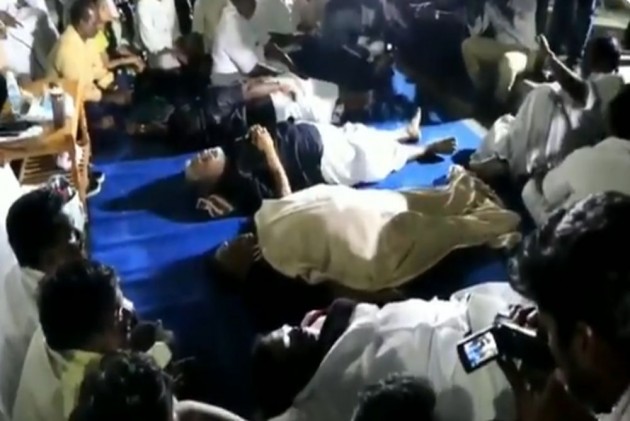 Taking the political fight with Puducherry Governor and former top cop Kiran Bedi to the streets, Congress' Chief Minister V Narayanasamy along with his ministers and party MLAs sat on a dharna outside the Raj Nivas and even spent the night on the road.

Attired in a black shirt and veshti, Narayanasamy and five of his ministers began the dharna on Wednesday to demand that the Centre recall Kiran Bedi. He urged that the helmet enforcement rule that Bedi launched on Sunday on the streets of Puducherry be taken up in a phased manner in the state.

On behalf of Govt, 39 pending issues have been raised & sent to @LGov_Puducherry to reslove issues immediately since its responding to people of UT & its development. No response till now. So myself, Hon. Mins , MLAs sit on dharna in front of #RajNivas for people of #Puducherry pic.twitter.com/76aSw5ygBb

He alleged that Bedi has been interfering in the day-to-day functioning of his government.

Bedi responded with a tweet: "Sad to see when a CM sends a letter to Lt Governor & within a week demands a reply by force of a ‘Dharna’/ blockade of RajNivas. Also makes unfounded allegations,misleading people in Puducherry. He openly dares violation of MV Act on wearing of helmets to prevent fatal accidents," she posted.

Sad to see when a CM sends a letter to Lt Governor & within a week demands a reply by force of a ‘Dharna’/ blockade of RajNivas.

Puducherry CM: She (Kiran Bedi) has no power at all, she has to only be a post office & sign papers which have been sent by council of ministers, she has no right to touch cabinet decisions, she is vetoing decisions. She is being encouraged by PM to create problems for our govt. pic.twitter.com/6J0wwBztyd

On Thursday, he got support from DMK leader MK Stalin, who spoke to him on phone.

"I thank MK Stalin for his support. We are getting support from all over country. We have 39 issues out of which helmet issue is one, all have been created by Lieutenant Governor Kiran Bedi," Narayanasamy told ANI.

Though Bedi left for Chennai to attend an event on Thursday, the Chief Minister said he will continue with his sit-in protest.

Our Dharna should be in Gandhian way against the @LGov_Puducherry @thekiranbedi for her unlawful and undemocratic acts towards people of #Puducherry . pic.twitter.com/bZgqJKwqqn

Police have barricaded the Raj Nivas and surrounding streets to prevent unauthorized persons from entering the dharna area.

She also criticised the CM on Twitter, saying: "When there’s no culture of wearing a helmet in Puducherry and its CM keeps stalling enforcement & every 3rd day there’s a fatal accident, due to non wearing of a helmet,where does one begin?"