N Ram called the Official Secrets Act an "obnoxious and repressive piece of legislation" that was enacted to protect the interests of the British Raj "against the people of India and against the freedom movement". 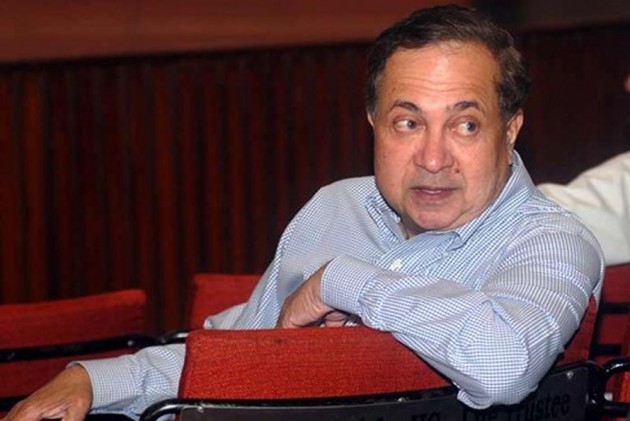 Former Editor of The Hindu newspaper, N. Ram, on Wednesday said that his newspaper was "totally justified" in publishing the information related to the Rafale fighter jets deal and underlined that he and the newspaper are protected by the law.

He also stressed that he would never reveal the identity of his sources, come what may, as he could not be forced to do so under any law.

This comes after the government told the Supreme Court that the documents relied upon by the newspaper, which published an account of the Rafale deal contrary to the Narendra Modi government's narrative, had been stolen from the Defence Ministry.

The government also threatened to book the newspaper and its former Editor under the Official Secrets Act.

Ram has written a series of articles on the Rafale deal, the latest one on Wednesday.

The documents were published because details were withheld or covered up, the veteran journalist said as the government told the Supreme Court that documents related to the Rafale aircraft deal have been stolen from the Defence Ministry and an investigation into the theft is on.

Ram said that any kind of investigative journalism, whether it relates to the national security or any other government policy, could draw the government's ire as it could "always take cover under integrity and sovereignty of country, etc".

"We are fully protected under the Article 19(1)(a) of the Constitution of India which gives expression of freedom, and also by the Right to Information Act, specifically Sections 8(1)(i) and 8(2), which overwrites the Official Secrets Act of 1920," Ram said in an interaction with NDTV news channel.

He called the Official Secrets Act an "obnoxious and repressive piece of legislation" that was enacted to protect the interests of the British Raj "against the people of India and against the freedom movement".

"So, I don't think there is any real threat here. And we don't know how it will play in the Supreme Court as the hearing has been adjourned to March 14.

"All I can say is that we are fully justified in publishing this information. The investigative journalism comes into play precisely when the information which should be in public domain is not there, or is consciously suppressed as a cover-up. And I think it's our duty to (unearth such details) provided the issue is relevant and of the larger public interest," he said.