Angry Congress leaders shouted slogans against the district administration and demanded an inquiry into the incident. 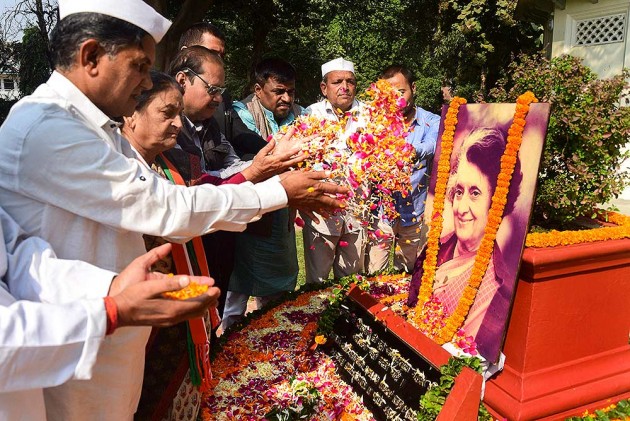 Congress leaders on Monday took to the streets in Uttar Pradesh's Lakhimpur Kheri after unidentified people covered a stature former prime minister Indira Gandhi with a burqa in Gola area of the city.

Angry Congress leaders shouted slogans against the district administration and demanded an inquiry into the incident.

Senior district officials reached the spot and got the burqa removed. They also assured action against the miscreants.

According to reports, trouble began on Monday morning when some morning walkers saw a black robe covering the statue of the late prime minister. They informed other people and in no time a large number of Congress leaders gathered at the spot.

A senior police official said: "It is evident that some mischievous elements wanted to vitiate the atmosphere, but we are going to identify them and book them under relevant sections of law."