The protesting students have been staging a sit-in outside the office of the Vice-Chancellor. 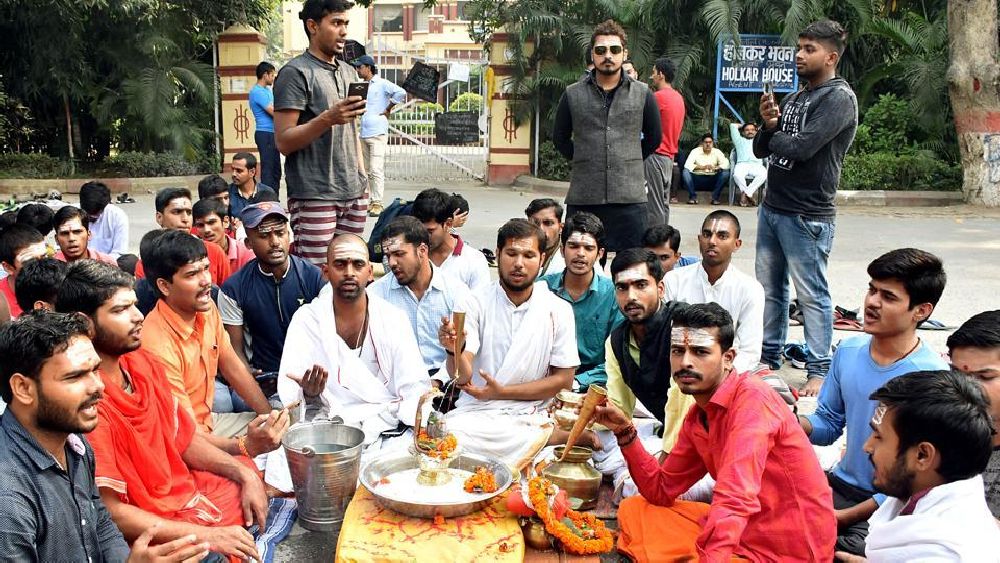 The protest against the appointment of a Muslim Professor in Sanskrit Department of Banaras Hindu University has been continuing for nearly two weeks, even as Vice-Chancellor Professor Rakesh Bhatnagar urged students to return to classes.

Professor Feroz Khan was appointed in Sanskrit Department of the BHU but the students are demanding that his appointment be cancelled and fresh recruitment be made.

The protesting students have been staging a sit-in outside the office of VC and reciting hymns. The students said they would not budge till their demand is met.

"The Vice-Chancellor met a delegation of the protesting students at his residence and discussed the issue for over two hours. He assured them that the appointment was made in accordance with BHU Act and central UGC guidelines," BHU said in an official statement on Tuesday.

"The selection committee, chaired by Vice-Chancellor Rakesh Bhatnagar, had met on November 5 and recommended the most suitable candidate for the said position on the basis of the applicants' performance in the interview," the statement said.

During the course of the meeting, it was also agreed upon that legal opinion be taken on the matter.

"The VC assured the students that the university is committed to rising above discrimination on the basis of caste, religion, life, community, etc, and work for the welfare of the country," it said.

According to a report in Times Of India, Professor Khan studied Sanskrit at the Rajkiya Sanskrit Vidyalaya in Bagru, Rajasthan, and then got higher educational degrees in the language from a deemed university in Rajasthan.

Professor Khan's father has also studied Sanskrit and even sings bhajans at a temple.

In a statement, the BHU said it is committed to achieving the objectives of the BHU in providing equal educational and teaching opportunities to everyone "irrespective of religion".