The chief minister made the allegation hours after her visit to the state-run hospital in the afternoon to take stock of the situation in the wake of disruption of medical services across the state. 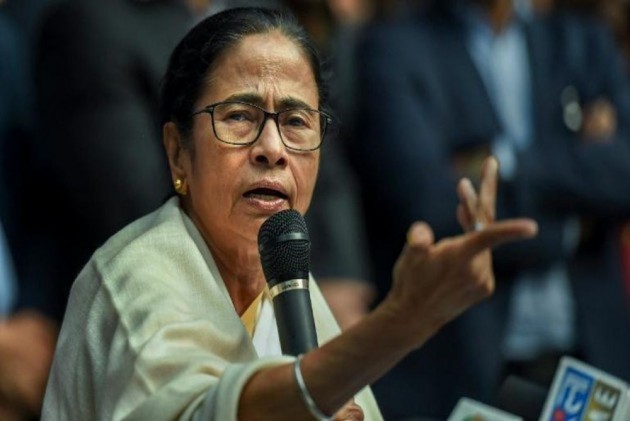 West Bengal Chief Minister Mamata Banerjee Thursday accused the striking junior doctors of the city's SSKM Hospital of verbally abusing her during her visit there.

The chief minister made the allegation hours after her visit to the state-run hospital in the afternoon to take stock of the situation in the wake of disruption of medical services across the state.

She said there were outsiders present among the agitating SSKM hospital doctors, who "abused" her.

"I went to the emergency section where they could have talked to me, but the language they used when I was there and the manner they abused me...

"Had somebody else been there in my place, some other action would have followed," Banerjee told a Bengali news channel on Thursday night.

The chief minister, however, said she has "forgiven" them considering their age.

"But, I have forgiven them. They can oppose me, they can hurl abuses at me. I don't mind because they are young. I only want them to resume work," she said.

Doctors across West Bengal have gone on a strike in protest against the attack on two of their colleagues at NRS Medical College and Hospital in the city by family members of a patient, who died on Monday night.

Services have been affected over the past three days in emergency wards, outdoor facilities and pathological units of many state-run medical colleges and hospitals and a large number of private medical facilities in the state, leaving the patients in the lurch.

Meanwhile, the principal and the medical superintendent of the state-run NRS Medical College and Hospital submitted their resignations to the Medical Education director on Thursday night.

The director, Prof Pradip Kumar De had issued a directive to all principals and medical superintendents of medical colleges and hospitals to ensure the resumption of normal patient care services immediately at outpatient departments and emergencies.

The directive said "action may be taken against those who will obstruct in discharging duties of doctors in OPDs and emergency department."