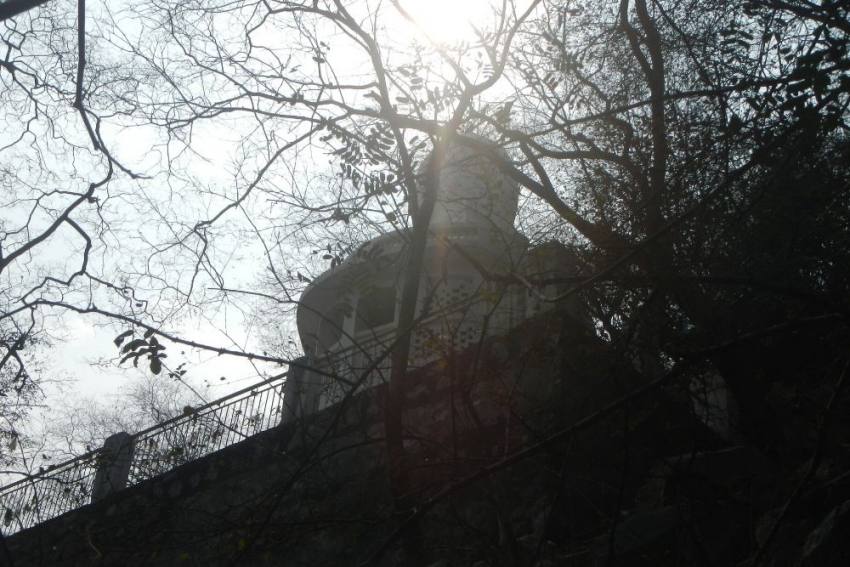 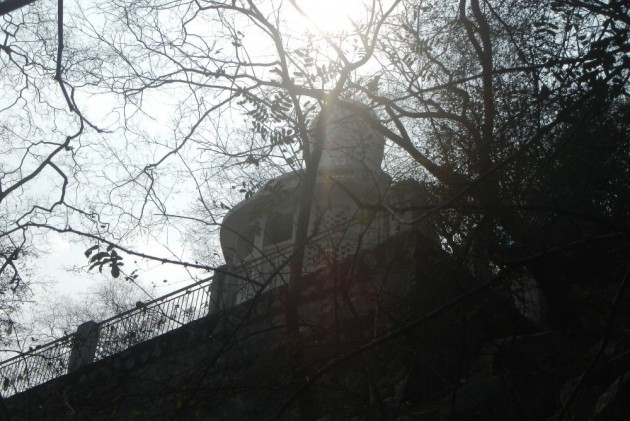 So close to Delhi, nothing quite prepares you for the first view of Mangar Bani.

Motoring down the Gurgaon-Faridabad highway with dusty scrub vegetation on both sides of the arid landscape, a sacred grove in the midst of the mining-scarred Northern Aravalli leopard wildlife corridor seems like the most unlikely discovery.

The thought of a local patron saint holding sway over a fragile ecosystem only a few miles away recedes further as you ride past a huge mound of garbage where scavenger birds flap over the putrid dump of city waste.

Turning into an undisturbed patch of forest cover where the pastoral Gujjar community has for centuries worshipped Gudariya Baba—the patron saint of Mangar Bani—a stark whitewashed temple built over a cave stands as a testament to his magical powers.

Local stories abound that the loin-cloth-wearing sage attained enlightenment in this forest cave over five centuries ago. He was so popular among Gujjar herdsmen that they zealously protected the forest as a sacred grove. Not a leaf was touched nor any animal allowed to graze in the forest for they feared it could draw the wrath of their patron saint.

The villagers spoke of how a few nomads from Rajasthan once took their camels to graze on the abundant dhau shrubs only to see them drop dead soon after. Even those who collected wood for construction and firewood or hunted animals, paid a price for their “misdeeds.”

Driven by the fear of retribution and in reverence of the sacred spirit, the pastoral community agreed to pacify Gudariya Baba by protecting the forest.

The power of the story threaded to the cult of this local saint guarded the Mangar Bani from external forces for centuries. And even though the villagers secured the natural habitat through religious beliefs, the system itself was grounded in secular benefits for the entire ecosystem such as preserving animal life, plant and water resources.

Mangar Bani was part of the legacy of nature conservation since time immemorial when patches of forest called sacred groves were protected by rural communities through deeply-entrenched spiritual values, which nurtured the forest and protected its biodiversity.

But the ancient values of nature conservation are now increasingly being rebuked as primitive superstition in the face of land grabs and commercial interests, as well as neo-liberal conservation efforts rooted in market-oriented policies.

In 2013, local communities rallied against Vedanta’s mining project in Odisha after the Supreme Court recognised the religious rights of tribals over the Niyamgiri sacred groves. But the state government made little effort to map the sacred groves in the region.

Again, a determined struggle by the indigenous people of Mendha in the Gadchiroli district of Maharashtra led to the passage of the Scheduled Tribes and Other Traditional Forest Dwellers (Recognition of Forest Rights) Act of 2006. The local communities not only asserted their forest rights but also obtained the right to manage a stone quarry that was threatening a sacred site through remarkable leadership provided by a women’s cooperative society.

But what’s glossed over is that organised Hinduism has subsumed many of these forests that were dedicated to folk deities represented aniconically. While some of these local gods have been absorbed into the Hindu pantheon, the centre of rituals has also moved from nature-worship to building of temples in honor of pan-Indian nationalist deities.

The case of Mangar Bani is no different.

From behind a rock-face scribbled with Hindu imagery, rises a temple dedicated to Lord Rama and his consort Sita. An idol of Lord Hanuman is located on the rear end of the temple. A cemented Nandi mothering her calf is in the periphery, in what seems to be an expansion project to consolidate pan-Indian Hinduism’s footprint in the sacred grove. 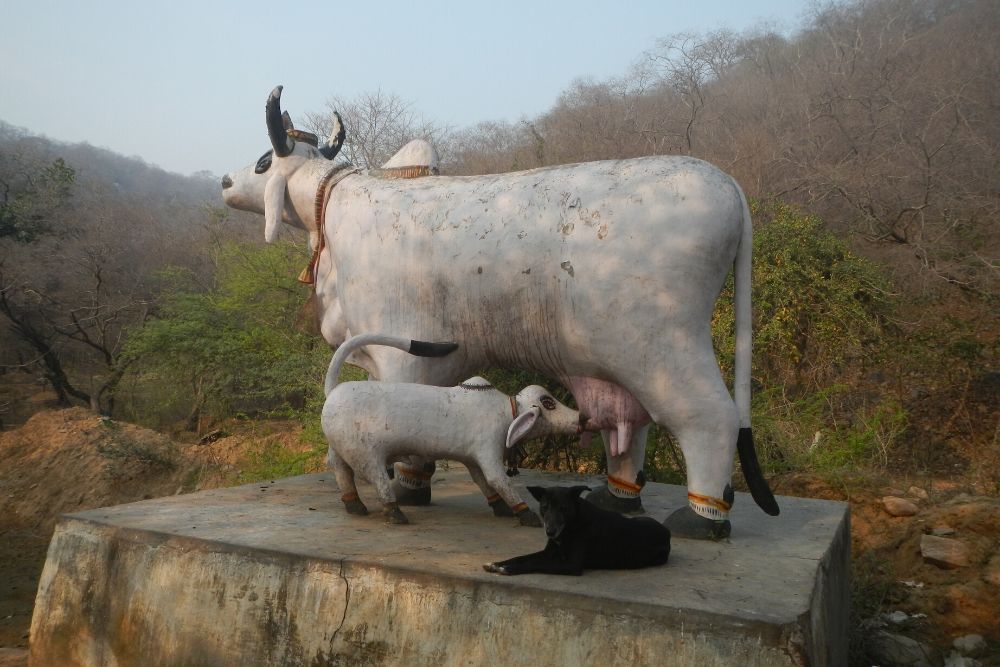 (A cemented Nandi near the Ram Sita Temple in Mangar Bani.)

Around the site is also strewn smaller Hindu temples, and Hindu imagery on rock-faces and at the base of large trees. Hindu festivals are celebrated with fanfare, which has prompted some local Gujjars to believe the cult of Gudariya Baba has diminished in importance.

While the indigenous community has not lost faith in the local sage, religious iconography has taken centre stage. Even reverence towards the forest has declined with the march of modernisation and alternation of traditional social systems that protected the sacred grove.

Since the 1980s, real estate firms in Gurgaon have built up large land banks in the Aravallis and are hoping for dilution of environmental safeguards. Nearly 3,800 acres of Aravalli common land in the Mangar village alone has been privatised despite the area being forested.

As market forces gain strength, spiritual beliefs alone aren’t sufficient to protect the Mangar Bani from assaults by powerful commercial, political and religious interests. Not only is positive policy important to supplement faith, but there’s also a need to empower the local community so they can push back against forces that seek to transform or destroy their sacred belief system rooted in the natural habitat.

(Priyadarshini Sen is an Independent Journalist based in India. She writes for India and US-based media)