Leaders and organizations have expressed dissatisfaction over the updated list of the NRC, several influential bodies like All Assam Students’ Union (AASU), which spearheaded the anti-influx movement will approach the Supreme Court seeking rectification. 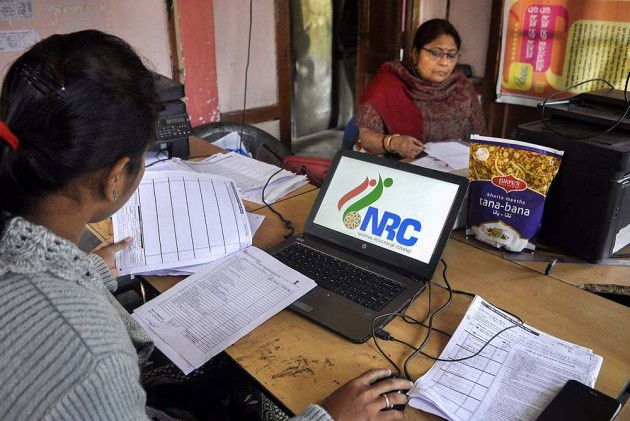 Organizations have expressed dissatisfaction over the updated list of the NRC, several influential bodies like All Assam Students’ Union (AASU), which spearheaded the anti-influx movement will approach the Supreme Court seeking rectification.

“We have been seeking a permanent solution over the last several years but this number is not satisfactory. This number is not even close to the numbers often pronounced by the central and state governments. So, we are not satisfied and happy. There are errors in the process. We have full faith in the judiciary and so we will approach the Supreme Court,” said AASU chief adviser Samujjal Kumar Bhattacharya after the publication of the list.

They will also discuss with 30 indigenous bodies and eight literary bodies for the next course of action. Further they said that they had requested for 10 documents but the governments insisted on the 15 documents which has also helped in minimising the number of exclusions.

“Both the governments at the Centre and the state are also to be blamed for this. During the re-verification process we had said that the number of documents should have been reduced to 10 but both the governments insisted on 15 number documents. So, this situation has arrived,” Bhattacharya added.

Assam Public Works (APW), a pressure group, which appealed the Supreme Court in 2009 praying for deletion of foreigners' name in electoral rolls and updation of NRC has also expressed dissatisfaction and vowed to approach the apex court again.

“Names of many Indian citizens who migrated from Bangladesh as refugees prior to 1971 have not been included in the NRC because authorities refused to accept refugee certificates. Many names got included because of manipulation of legacy data as alleged by many. I reiterate that as requested by Central and State governments at least 20% reverification (bordering districts) and 10% re-verification(remaining districts) should be allowed by Hon'ble Apex court for a correct and fair NRC,” Sarma tweeted this morning.

“It’s unfortunate. The number is so less. We are not at all satisfied with the outcome. But we will provide the legal assistance to those genuine Indians who have been left out,” said Bora addressing a press conference.