Congress has slammed the BJP-led government for the incident and demanded imposition of President's rule in the state. 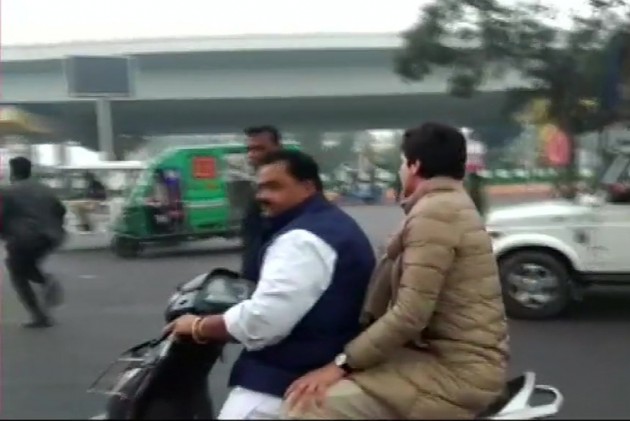 "Four-five of us were going in a car peacefully to Mr. Darapuri's house. The police came and stopped up saying we cannot go even without knowing where we were going," she  told the media after meeting Darapuri's family.

Vadra further said, "When I started walking, policewomen strangulated me and pushed me. They surrounded me again when I got up on a party worker's two-wheeler. After that I walked to reach there."

Congress has slammed the Yogi Adutyanath-led government for the "manhandling" incident and demanded imposition of President's rule in state.

Uttar Pradesh Congress spokesperson Ashok Singh said, "At the Lohia crossing, her vehicle was stopped, she protested and asked as to why was she being stopped."

Singh also said when the police stopped the Congress leader, she started walking.

"The policemen also started following her. After walking for almost a kilometre, she again got into her vehicle. After this, when the police tried to stop her in the Munshipulia area, she again started walking and then suddenly turned towards a bylane in Indiranagar's Sector 18. She walked for almost three-four kilometres and gave a slip to the police as well as the party workers," he added.

Earlier, Vadra had visited Bijnor on Sunday to meet families of the victims of the clashes. However, the police stopped her and former Congress president Rahul Gandhi from entering Meerut to meet the families of those killed in the violence.