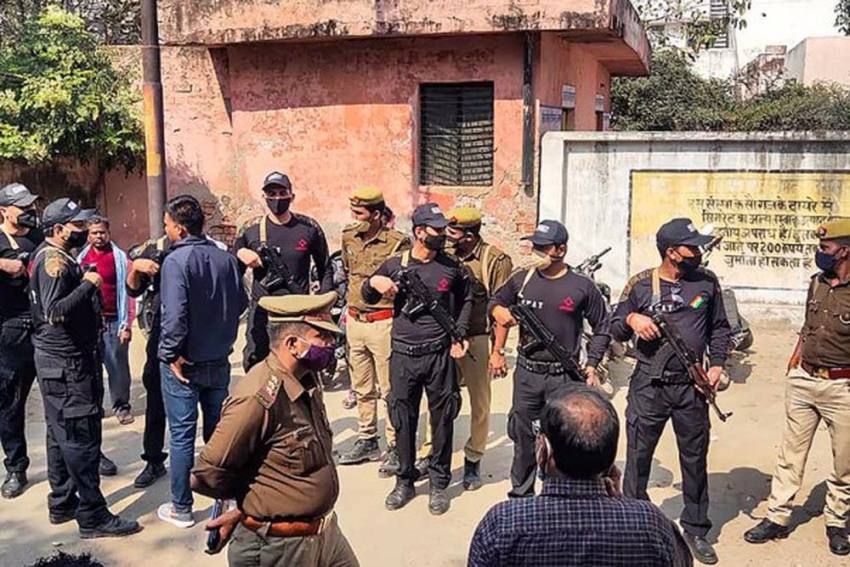 The Uttar Pradesh Police on Friday arrested two men in connection with the deaths of two girls in Unnao, who were found dead under mysterious circumstances on Wednesday night. Another girl was found in a critical condition after which she was rushed to the hospital in Kanpur.

According to reports, police detained four people on Thursday in connection with the probe. A day later, two men were arrested, one of whom allegedly confessed that he poisoned the three girls by mixing some pesticide in water.

The accused is identified as Vinay, while another is a juvenile. Police said that the accused mixed pesticide to the water bottle of the girl he loved after she turned down his proposal. However, all three drank the same water and were poisoned.

“Vinay and a teenager have been held in connection with the case. The matter is a fallout of one-side love affair. The accused gave some pesticide with water to the three girls," Lucknow Range IG Laxmi Singh told reporters

Three Dalit girls -- aged 16, 15, and 14 -- were found in a field by the villagers on Wednesday night when they did not return after leaving their house to get fodder for cattle.

Earlier in the day, the last rites of the two teenage girls found dead in an agriculture field in Babuhara village of the Asoha police station area were performed amid tight security arrangements, officials said.

Apart from Section 302 (murder) of the IPC, police have slapped Section 201 against the accused for causing disappearance of evidence on a complaint of a victim’s father, police said