PoK Is Ours, We Will Get It: MoS Road Transport And Former Army Chief V K Singh

Union Minister V K Singh's remarks comes a week after Union Minister Jitendra Singh said days are not far off when it will be possible to unfurl the tricolour in PoK. 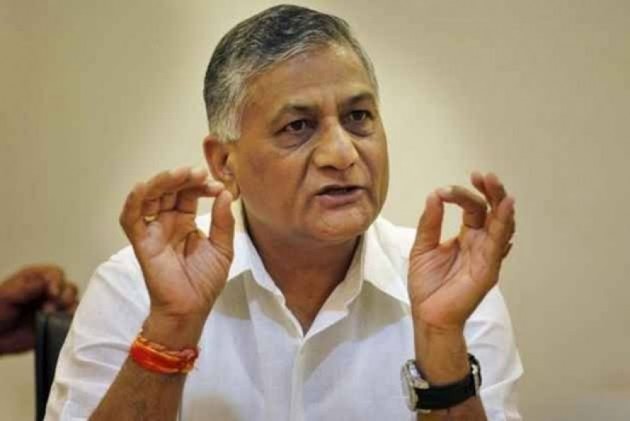 Pakistan-occupied Kashmir (PoK) is a part of India and New Delhi will get control over it, Union Minister General V K Singh (retired) said here on Wednesday.

Minister of State for Road Transport and Highways Singh also dubbed the criticism of the government by the opposition over the EU delegation's visit to Kashmir as insignificant.

"What is the need to capture it (PoK). PoK is ours. We will get hold on it...," Singh replied to a query on the sidelines of an event by industry body Assocham.

Singh's remarks comes a week after Union Minister Jitendra Singh said days are not far off when it will be possible to unfurl the tricolour in PoK.

On Army Chief Gen Bipin Rawat's recent remarks that Pakistan-Occupied Kashmir is a "terrorist-controlled" part of the neighbouring country, he said the same has been said in Parliament too.

Gen Rawat on Friday had described Pakistan-Occupied Kashmir as a "terrorist-controlled" part of the neighbouring country and sought to link it with Islamabad's strident criticism of India's decision to scrap Jammu and Kashmir's special status.

On the Opposition's criticism of the government over the EU delegation visiting Kashmir, Singh said; "Apart from opposing, the Opposition doesn't do anything. They can speak on anything. Let them pass remarks."

The Congress on Tuesday had stepped up its attack on the BJP government for allowing European Union MPs to visit Kashmir while denying permission to Indian parliamentarians, terming it a "national embarrassment".

Congress general secretary Priyanka Gandhi Vadra said the BJP's nationalism is strange, allowing European MPs to visit and interfere in Kashmir while Indian MPs are sent back from the airport.

The EU parliamentarians visiting Jammu and Kashmir on Wednesday termed Article 370 an internal issue of India and said they stood by the country in its fight against terrorism.

Addressing a press conference on the last day of their two-day visit to the Valley, the group of 23 members of the European Parliament also condemned the killing of six labourers from West Bengal by terrorists.