"Congratulations Modi Ji. Excellent Press Conference! Showing up is half the battle. Next time Mr Shah may even allow you to answer a couple of questions. Well done!” he tweeted. 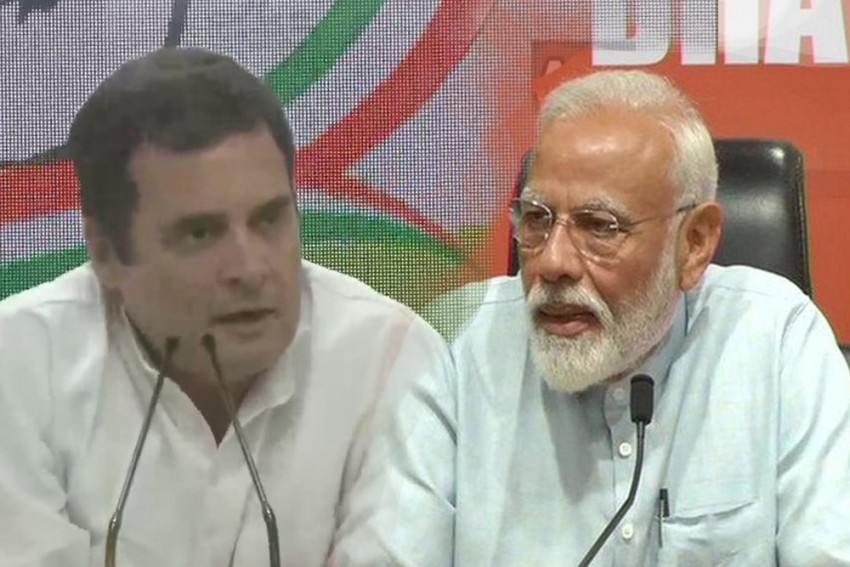 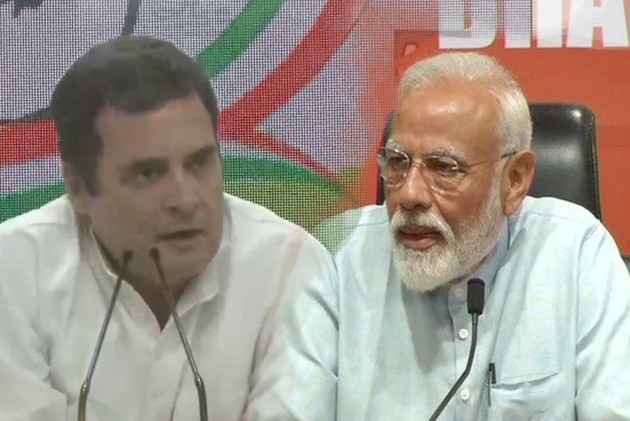 Barbs flew on Friday afternoon as Narendra Modi and Rahul Gandhi held press conferences almost simultaneously in Delhi, though the Prime Minister’s briefing was a monologue in which he said the people had rejected the Congress in 2014 and will do so again this year to give the BJP a second term with an absolute majority. For his part, Congress president Gandhi said Modi will do some "distract India" event again, but the country won't get distracted.

The focal point of the two big-ticket media briefings was Modi’s refusal to field any questions from the media in his first press conference in five years—since he became Prime Minister in 2014. He redirected whatever was asked to party president Amit Shah. Modi explained that he won’t take questions because this was Shah’s press conference and he was just following the BJP's system. "We are disciplined soldiers of the party," he said.

Modi’s action gave Congress president Gandhi the opportunity to take a jibe at the Prime Minister. He said it was “unprecedented” that Modi holds a press conference just four-five days before the end of the election. Later he tweeted: "Congratulations Modi Ji. Excellent Press Conference! Showing up is half the battle. Next time Mr Shah may even allow you to answer a couple of questions. Well done!”

Gandhi, during his interaction with mediapersons, repeatedly urged Modi to debate him on several issues.

"Why did the prime minister not accept my challenge for a debate on the Rafale issue," asked Gandhi.

On the contrary, when asked about his projection of results, Rahul said the public will decide the future course on May 23.

Elections to 59 parliamentary constituencies will be held on May 19 in the seventh and last round of national polls. Counting of votes for all 543 seats will take place on May 23.

Mahatma Gandhi Is 'Father Of The Nation Of Pakistan', Says BJP Spokesperson; Suspended