When the lady handed over a bouquet to the PM, some flowers fell on the red carpet. The Prime Minister immediately picked up the flowers and handed over to one of his security personnel. 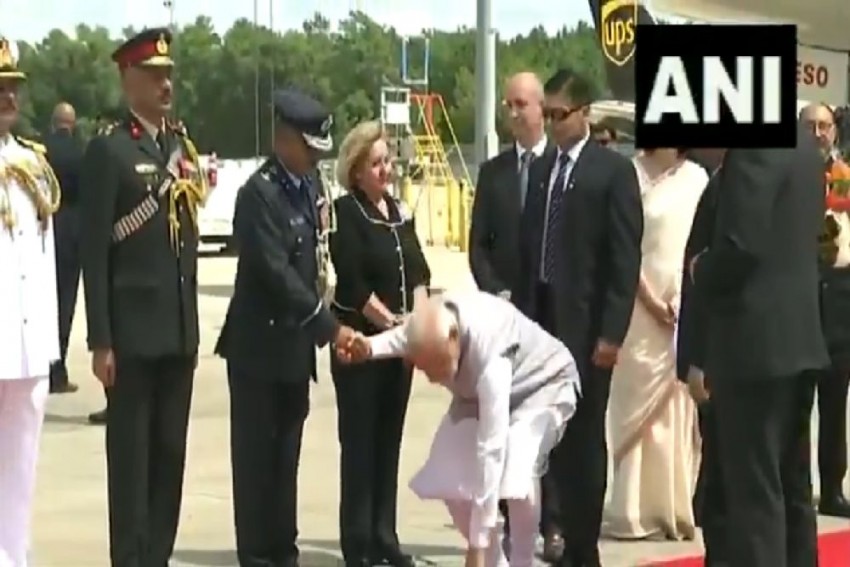 PM Modi picks up the flower from the red carpet and hands it over to his security personnel. (ANI)
ANI September 22, 2019 00:00 IST Watch: PM Modi's 'Down to Earth' Attitude In Houston Impresses And Inspires Social Media Users 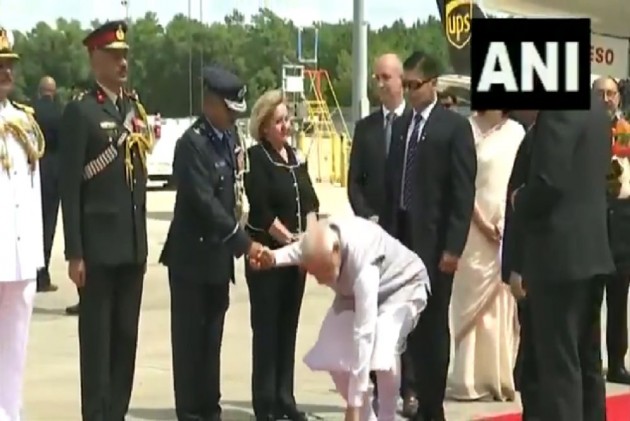 Prime Minister Narendra Modi, who is in Houston to attend the 'Howdy Modi!' impressed social media users with his gesture when he promptly picked up flowers from the ground which fell from the bouquet given to him during the welcome ceremony at the airport.

As soon as the Prime Minister touched down, he was welcomed by the Indian and American officials at the airport.

In a video, it can be seen that one of the woman officials handed over a flower bouquet to Modi. During this moment, some flowers fell on the red carpet. The Prime Minister immediately picked up the flowers and handed over to one of his security personnel.

Modi's gesture left netizens impressed with many wondering if the Prime Minister's gesture was towards "Swachhta Abhiyan".

"Was that a belief of not crushing part of the plant with feet or was it a gesture towards Swachhta Abhiyan?," a Twitter user wrote.

"Where PM Narendra Modi spontaneously picks up a flower or a stem, which had fallen on the ground from a bouquet presented to him, and hands it over to his security staff. Simplicity!" wrote another user.

Some Twitter users said this was a manifestation of the down to earth nature of the Prime Minister.

"A part of that bouquet fallen on ground was picked up by NAMO. Such is the down to earth nature of our PM that he doesn't even cares for any protocol," wrote a Twitter user.

Prime Minister Narendra Modi is scheduled to address the Indian community at the mega 'Howdy Modi!' event on September 22 at the NRG stadium. Around 50,000 people are expected to attend the event.

US President Donald Trump will also be taking part in the 'Howdy Modi!' event.

After Rape Allegations, BJP's Chinmayanand To Be Stripped Of Sainthood