Prime Minister Narendra Modi met Iranian president Hassan Rouhani on the sidelines of the high-level 74th Session of the General Assembly on Thursday amidst fresh tensions between Iran and the United States. 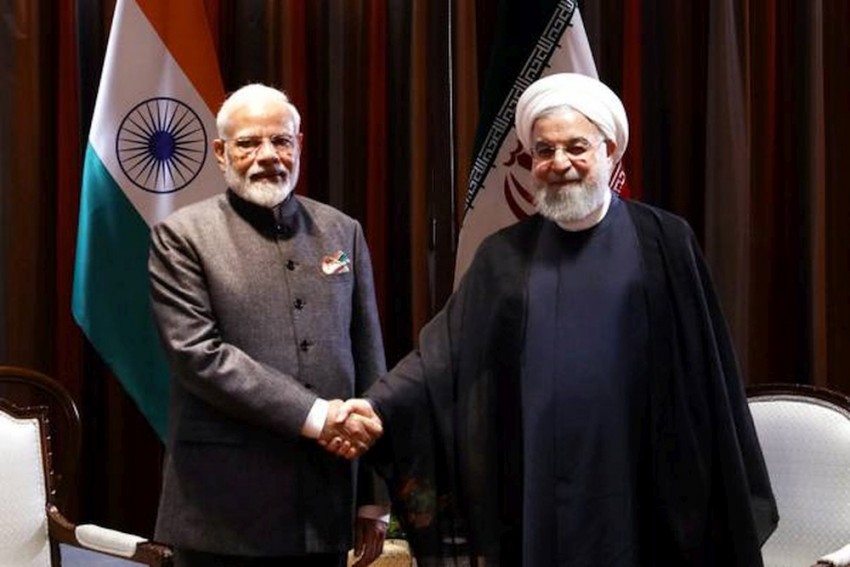 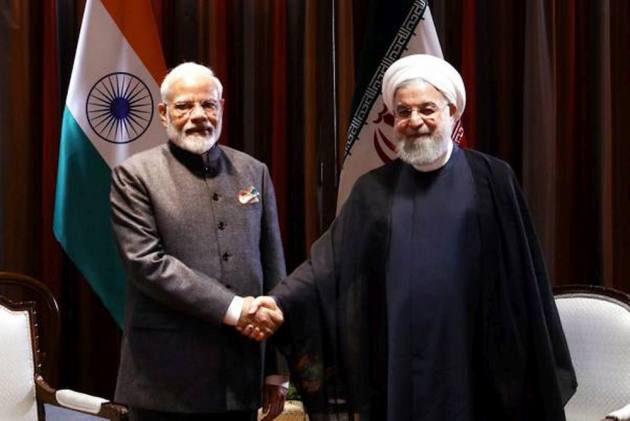 Prime Minister Narendra Modi has reaffirmed India's support for giving priority to diplomacy, dialogue, and confidence- building for maintaining peace and security in the Persian Gulf amidst tensions in the region, as he held in-depth talks with Iranian President Hassan Rouhani.

Modi met Rouhani on the sidelines of the high-level 74th Session of the General Assembly on Thursday amidst fresh tensions between Iran and the United States.

"Delighted to meet President @HassanRouhani. We had in-depth discussions on the full range of India-Iran ties, and regional & global matters," the prime minister tweeted.

According to an official press release, the prime minister reiterated India's support for giving priority to diplomacy, dialogue and confidence building in the interest of maintaining peace, security and stability in the Gulf region, which is of vital importance for India.

The meeting was keenly awaited as it comes amid escalating face-off between Iran and the US on Tehran's nuclear programme. Iran is also accused by the US and its allies of attacking two key oil facilities in Saudi Arabia, triggering a new phase of tensions in the region.

The September 14 attacks caused oil prices to spike by the biggest percentage since the 1991 Gulf War.

Noting that India and Iran shared old and civilisational ties, the two leaders assessed the progress in bilateral relations since their first meeting in Russian city of Ufa in 2015.

They especially mentioned overcapitalisation of Chabahar Port and noted its importance as gateway to and for the landlocked Afghanistan and the Central Asian region.

During the meeting, it was agreed to mark the 70th anniversary of the establishment of diplomatic relations next year.

The two leaders could not hold a planned meeting on the sidelines of the Shanghai Cooperation Organisation summit in Bishkek, Kyrgyzstan, in June this year due to scheduling issues.

India, the world's third biggest oil consumer, meets more than 80 per cent of its oil needs through imports. Iran was its third-largest supplier after Iraq and Saudi Arabia till recently.

The six-month-long exemptions from US sanctions to India and seven other countries to buy oil from Iran expired on May 2 as Washington did not extend it.

Indo-Iran ties have been on an upswing in the past few years.

Modi visited Tehran in May 2016 with an aim to craft a strategic relationship with Iran and expand India's ties with the West Asia.

During the visit, India and Iran signed nearly a dozen agreements, centrepiece of which was a deal on development of the strategic Chabahar port.

Later, India, Iran and Afghanistan signed a trilateral agreement providing for transport of goods among the three countries through the port.

In February 2018, Rouhani visited India, becoming the first Iranian President to visit India in a decade. During his visit, the two sides signed a dozen agreements.