PM Modi cautioned the people that a return of the "jungle raj" will bring a double whammy for the state in the midst of the Covid-19 pandemic. 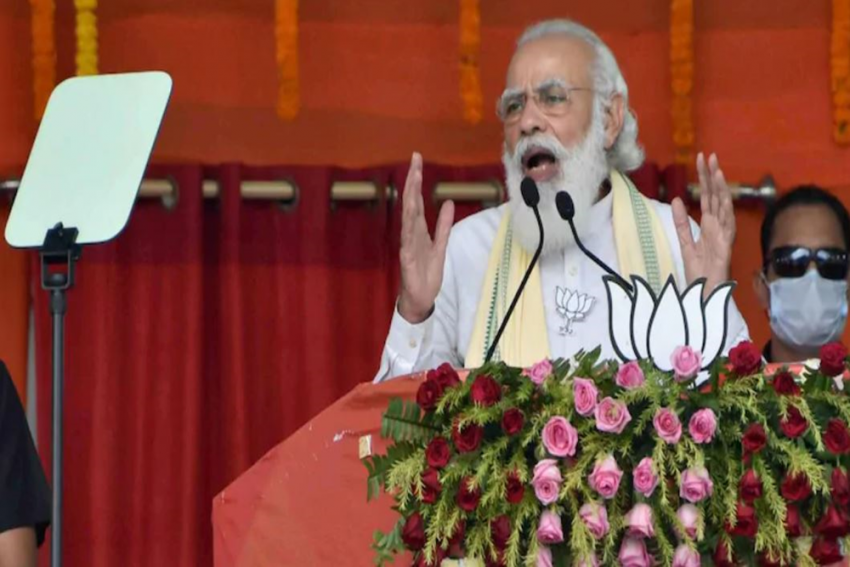 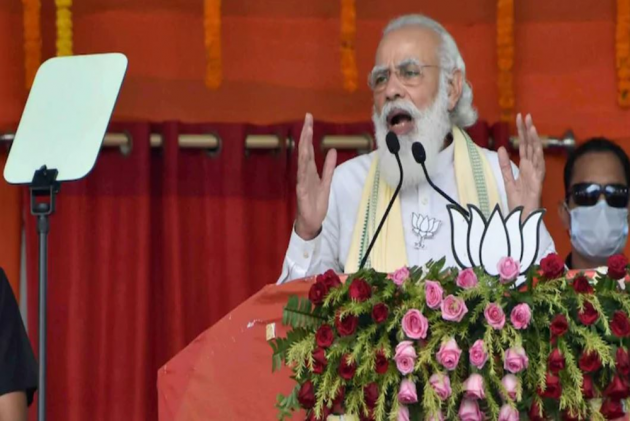 Prime Minister Narendra Modi on Wednesday launched a stinging attack on the opposition RJD in Bihar and its chief ministerial candidate Tejashwi Yadav, asking voters to beware of the "yuvraaj" (crown prince) of "jungle raj", and alleged the party had the "copyright over kidnappings".

Addressing his second rally of the day in the poll- bound state, Modi cautioned the people that a return of the "jungle raj" will bring a double whammy for the state in the midst of the Covid-19 pandemic.

He asked the voters to view the assembly elections as "an opportunity to re-elect those who pulled Bihar out of darkness".

"Can anything be expected from the yuvraaj of jungle raj? He ought to be evaluated on the basis of a track record about which the people know much better than I do," said Modi, without mentioning by name the RJD or Yadav, the younger son and heir apparent of party president Lalu Prasad.

Also read: Elections, And Why The Joke’s Always On Us

In an apparent reference to Yadav's alluring promise of 10 lakh permanent government jobs if his party was voted to power, the prime minister said, "Forget about jobs in the public sector. Even private companies giving jobs will flee."

"Companies will shut down their offices and run away. Extortion calls will be made by those patronised by the party which has a copyright over kidnappings," he said, apparently referring to the 15 years of the RJD rule when the party in power often faced accusations of being in cahoots with criminal gangs.

"The elections are an opportunity to re-elect those who pulled Bihar out of darkness. The Centre has many plans for Bihar which will bring more peace and prosperity with Nitish Kumar at the helm in the state," the prime minister said.

He cautioned people against those who were responsible for kushasan (bad governance) in Bihar. "They are waiting for an opportunity to make a comeback. If jungle raj returns amid the COVID 19 pandemic, it will be a double whammy for the state."

"It is a party which patronised criminals and ensured the riches of one family grew," he remarked, making a veiled reference to the corruption scandals involving Prasad and his family members.