Rahul Gandhi tweeted, 'Only a person who does not know the meaning of martyrdom can inflict such an insult on the martyrs of Jallianwala Bagh'. 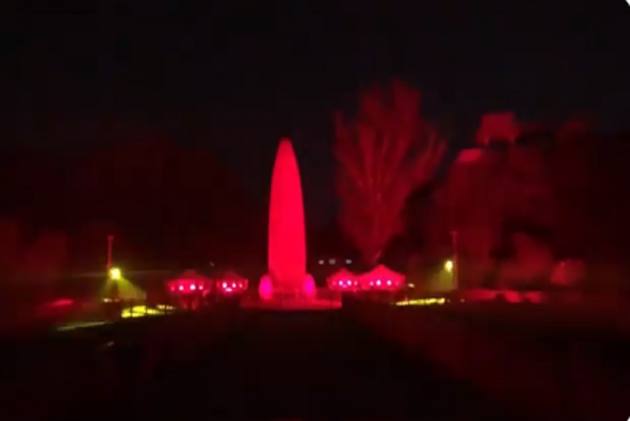 Congress leader Rahul Gandhi on Tuesday slammed the government's Jallianwala Bagh memorial revamp calling it an "insult to martyrs" and saying only a person who does not know the meaning of martyrdom can inflict such an insult.

Rahul Gandhi tweeted, "Only a person who does not know the meaning of martyrdom can inflict such an insult on the martyrs of Jallianwala Bagh".

Not Right To Forget ‘Horrors’ Of The Past: PM Modi At Inauguration Of Renovated Jallianwala Bagh Memorial Complex

The former Congress chief referred to a media report on the outrage on social media over the alleged changes at the Jallianwala Bagh memorial complex with many claiming that it was "destroying history" in the name of makeover.

During the event, Modi also digitally inaugurated the museum galleries at the memorial. The event also showcased the multiple development initiatives undertaken by the government to upgrade the complex.

"I am the son of a martyr - I will not tolerate the insult of martyrs at any cost," he said in a tweet in Hindi. "We are against this indecent cruelty."

Congress leader Jaiveer Shergill alleged the BJP-led central government project giving a makeover to the "Jallianwala passage is not to preserve but erase the marks of atrocities committed by General Dyer during British rule".

Join me as we inaugurate the renovated complex of Jallianwala Bagh Smarak today at 6:25 PM. I also invite you to watch the sound and light show. It would display the horrific massacre of April 1919 and instil a spirit of gratitude and reverence towards the martyrs. pic.twitter.com/p2BDHUbXAJ

"Central vistafication of Jallianwala Bagh passage is ultimate insult to those killed on that fatal day! Shame," he said.

Congress' deputy leader in Lok Sabha Gaurav Gogoi, in a tweet on Monday, said, "Call me a traditional Indian but I am not a fan of installing disco lights on institutions of importance and dignity."

Such pomp reduces the gravity and horror of the Jallianwala Bagh Smarak to base entertainment, he alleged.

Stressing that it is a country's duty to protect its history, Prime Minister Modi had said that events of the past "teach us and give us direction to move forward".

As part of the inaugural event, a wreath-laying ceremony was also held and two-minute silence was observed in the memory of those killed in the Jallianwala Bagh massacre.

A sound and light show was held to depict the events of the day of the massacre.

Over 1,000 people were killed and hundreds wounded on April 13, 1919 when British troops fired indiscriminately on an unarmed gathering of thousands who had assembled in Jallianwala Bagh amid nationwide protests against the Rowlatt Act which had extended wartime repressive measures.