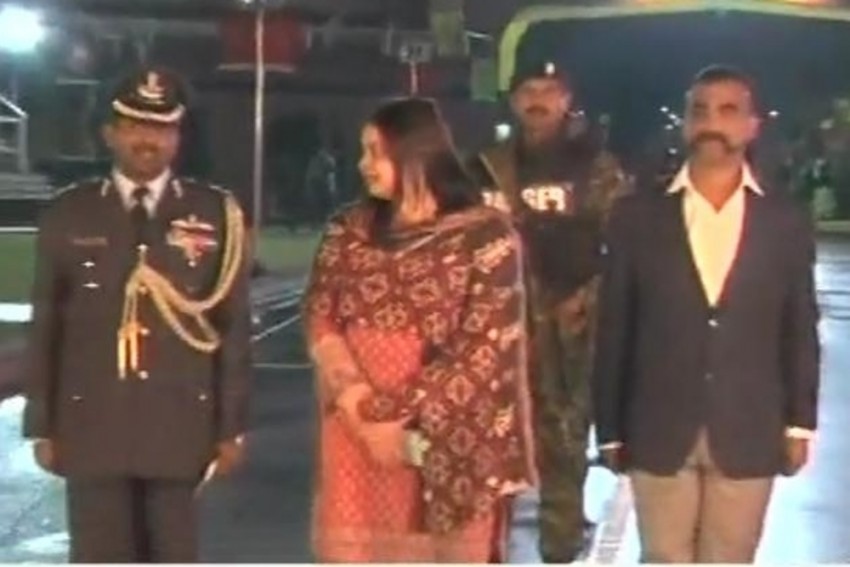 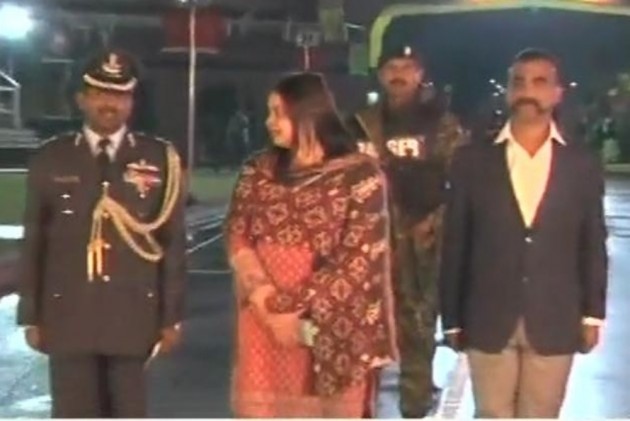 The Indian air force officer, who was expected to return much earlier, crossed into the Indian side after 9.15 pm.

"Wing Commander Varthaman has just been handed over," said an Indian official.

After the Pakistani officials handed him over, Indian officials took him over to the Indian side at the land check post.

He had earlier undergone a  medical check-up at Wagah in preparation for the handing over.

The official formalities, including the signing of necessary documents and a medical examination by the International Committee of Red Cross, were also completed, reports said.

Hundreds of people had gathered at the border check post from early in the morning to welcome the 35-year-old Wing Commander, who was captured on Wednesday by Pakistan.

The IAF officer was captured after his MiG-21 Bison fighter jet was hit by Pakistan Air Force jets on Wednesday near the Line of Control (LoC) in Jammu and Kashmir.

On Friday morning, India's Acting High Commissioner Gaurav Ahluwalia arrived at the Pakistan Foreign Office in Islamabad for a briefing on the imminent release of Wing Commander Abhinandan.

Wing Commander Abhinandan is to be accompanied back by India’s air attache, who was headed to Lahore with the IAF pilot’s travel documents, Pakistani media reports said.

The  Pakistani authorities brought him from Rawalpindi to Lahore and handed over first to the International Committee of Red Cross (ICRC) under rules of the Geneva Convention before being brought to the JCP on Friday afternoon.

The Border Security Force (BSF), which mans the JCP and the 553-km long International Border with Pakistan in Punjab, was at high alert, with Punjab Police and other security agencies stationed and additional personnel since early Friday morning.

The border Retreat ceremony was also cancelled for the day in view of his return.

Varthaman will be debriefed by defence and security officials after his return before he is taken to New Delhi from the Amritsar airport.

On Thursday, Pakistan Prime Minister Imran Khan announced that the country will free Varthaman as a "peace gesture".

It came 12 days after 40 CRPF personnel were killed when a Jaish-e-Mohammad suicide bomber rammed a vehicle carrying over 100 kg of explosives into their bus in Pulwama distrit of Jammu and Kashmir on February 14.

I'm A Pure RSS Man, Not In Race For PM Post: Nitin Gadkari