Over 20 Negative Tests To Find Out One Covid-19 Positive Patient: ICMR

The ICMR feels that its testing strategy aimed to identify those risks group that needed it most and thus, avoided wasteful and unnecessary testing. 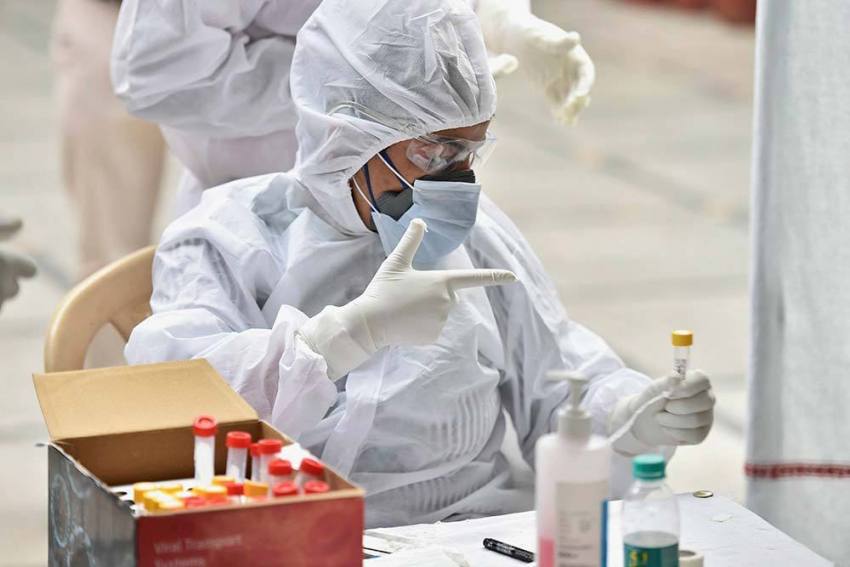 The India Council of Medical Research (ICMR) has said that through the course of the epidemic it has observed that one Covid-19 test out of twenty has turned out to be positive.

The apex body in India for medical research feels that its testing strategy aimed to identify those risks group that needed it most and thus, avoided wasteful and unnecessary testing.

The ICMR’s clarification tries to answer the questions raised on India’s testing strategy as many experts criticised it and said that the country is not testing too many individuals.

“On May 19 India reached a landmark in its fight against COVID-19 by performing 100,000 tests in one day. Starting from less than 100 tests per day just two months ago, a 1000 fold increase in just 60 days was made possible by dedicated teams from research institutions, medical colleges, testing laboratories, ministries, airlines and postal services working together,” the official release of the ICMR said.

In January 2020, when the first COVID-19 patient was found in Kerala, there was only one laboratory at the ICMR’s National Institute of Virology, Pune. Even in early February, samples used to be collected from various cities and transported to Pune for testing.

The ICMR says that increasing the number from one to 555 laboratories across the country is an unparalleled achievement in the history of the Indian healthcare system.

Experts also feel that India’s testing capacity can be enhanced to 2 lakh per day with the optimum use of the available resources. “Initially, we faced a lot of challenge to get RT-PCR testing kits. Now that’s not a challenge at all as a lot of companies have started manufacturing such kits," Brig. Dr Arvind Lal, advisor, FICCI Health Services Committee, said.

Lal, who is also CMD of Dr Lal PathLabs, says, "Extraction kit becomes a challenge sometimes but it is not so much of a worry. I can say for sure that we have the capacity to conduct 2 lakh tests per day.”

In the RT-PCR test, a paramedic takes the nasal and throat secretions of a person with a special swab. It is transported to the laboratory in a special fluid called viral transport medium (VTM). Viruses from these swabs are extracted and put in test tubes. Various reagents are added in tubes to identify the presence of the virus.

The ICMR says that capacity to manufacture all the elements needed for the RT-PCR test was enhanced.

According to the ICMR, “Three companies can now manufacture up to 200,000 swabs/day. Despite the lockdown, the production of VTM was upscaled from 500,000 units per year to 500,000 units per day. After expedited approval from the Central Drug Standard Control Organization, a private company has developed 10 million PCR tests and 5 million viral RNA extraction kits,”

Since RTPCR testing facilities are limited to laboratories in medical colleges with proper infrastructure, the ICMR permitted another modality of testing, called TrueNAAT. It is indigenous testing developed for tuberculosis.

“The advantage of TrueNAAT is that the virus is lysed during the testing process, minimising the risk of infection and contamination by the virus,” ICMR release said.

It added, “While RT-PCR is limited to well-equipped hospitals, TrueNAAT can be deployed at district hospitals across the country, addressing the last mile barrier for COVID-19 testing.”