Opposition Wants To Delay Bills By Sending It To Select Committees: BJP Spokesperson

BJP spokesperson and Rajya Sabha MP GVL Narasimha Rao speaks to Outlook about the Opposition’s charges on the government bulldozing Bills in the Parliament. 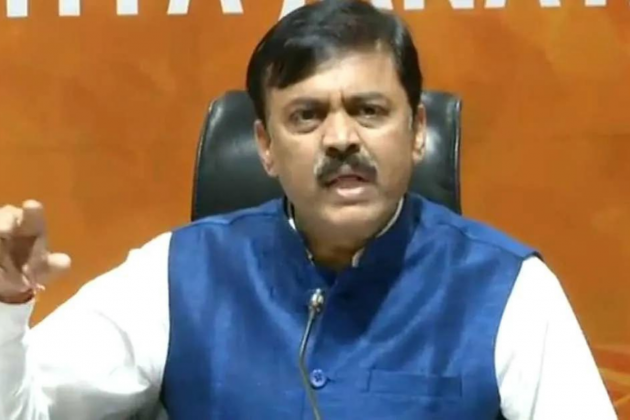 BJP spokesperson and Rajya Sabha MP GVL Narasimha Rao speaks to Outlook about the Opposition’s charges on the government bulldozing Bills in the Parliament without discussion and not sending them to Standing Committees.

A total of 39 Bills were passed in Lok Sabha and Rajya Sabha during the just concluded Monsoon session. Opposition criticizes the government for passing the Bills without debates and not sending them to Standing Committees for scrutiny...

As far as bills are concerned, it was a conspiracy by the opposition to prevent Parliament from functioning. Government has a mandate given by the people. So we didn’t suspend or push the opposition out. They did not wish to participate in debates. Even some members of the opposition, who participated in the debates, were not allowed to present their views properly. Parties like YCP, BJD, and TRS participated in all the discussions and even they were prevented. Everything has to be decided in the Parliament on a vote. Bills cannot be sent to a standing committee simply based on the opposition’s demands. This is an important issue, on which they could have allowed the Parliament to function and seek a division. There are many members who submitted a motion for presenting the insurance bill to the Select Committee. They could have asked for a vote. Why did they have to disturb the House and come to the well?

But the opposition supported the government on the passage of the OBC bill..

The reality is that it’s a conspiracy by the opposition parties to paralyze parliamentary democracy. We cannot allow this and we must let legislative business continue. When the opposition wanted a division on one of the bills which were introduced in Rajya Sabha, the vice-chairman allowed it and the vote took place. Why should the Insurance bill go to Select Committee? Hardly one or two clauses are being amended.

It’s the policy of the government. By sending the Bill to the Select committee, the opposition cannot change the laws. They will only delay the process. That is how several bills get delayed.  Only those bills which are complex in nature require wider examination by select committees.

Don’t you think that if a bill is sent to a select committee, it will allow all the stakeholders to discuss wider aspects?.

What is there to discuss? It is the policy of our government to privatize and we make no bones about it. We have made it clear that there will be disinvestment across all the industries except for core sectors. Even in the core sector, there will be a minimal presence of the public sector. I don't expect the Congress party or Trinamool Congress to support privatization or disinvestment plans in the select committees. In the case of the GIC Bill, no wider deliberation is needed. We want to privatize and they want to oppose it.

Farm Bills have also been passed in the same manner in Parliament without any debates or consultation of the committees.

Farm laws should have happened 20 years ago. Do you want to delay it for another 20 years by sending it to committees?. These are the recommendations made by Swaminathan commission in 2006. The protest by farmers is a political agenda. Congress Party has also promised the same reforms in their Manifestos. Manmohan Singh has said that there is a need to have a parallel private sector in addition to the APMCs. We will not send the Bills to standing committees, because Congress Party is opposed to this particular decision. Standing Committees are not to oppose or support decisions, they are to scrutinize and understand the legislation. The committee can’t decide whether a bill should be introduced or not. It will look at specific provisions of a bill, possible legal challenges, and whether the bill will be in violation of any other laws or any provisions of the Constitution. A select committee cannot decide the government's policy. If they wanted to oppose the GIC Bill, they should have debated as they did on the OBC Bill.

The opposition alleges that the government was running away from discussing Pegasus..

The opposition cannot hold the parliament to ransom. The government was willing to debate and discuss all issues. Even on Pegasus, the IT Minister made a suo moto statement in the House. The opposition was not even interested in finding out facts or seeking clarifications on Pegasus. It was the opposition’s plan to derail the entire Parliament session. Even when the farmers’ issue was taken up for discussion, they created a ruckus rather than taking part in the debate.

The opposition alleges that their microphones were switched off and were not allowed to speak...

They can lie, but everything is on camera. More than 30 members went into the well of the house and got into an altercation with the marshals.  Still, the Chairman allowed them to speak from their position but they weren’t willing to do so.  When they were asked to speak on insurance bill, they changed the topic to Pegasus. They betrayed the people of India by not debating on Bills and important issues.

The opposition wants the Pegasus issue to be discussed as it involves national security. Many countries have initiated probes on the snooping row...

It is nothing but a fishing expedition. There has to be some basis for such allegations. Even the media itself is unsure about the facts. How can Parliament discuss a story, which lacks a solid base? Let other countries investigate it. I wish them luck.