Leaders of several opposition parties including Rahul Gandhi, Sharad Pawar, Mallikarjun Kharge Kharge, Sanjay Raut, Manoj Jha and others took out a protest march in New Delhi on Thursday against the government on several issues, including Pegasus and alleged manhandling of their MPs in Rajya Sabha.

Top leaders of several opposition parties met in the chamber of Leader of Opposition in the Rajya Sabha Mallikarjun Kharge and then walked in protest from Parliament House to Vijay Chowk. 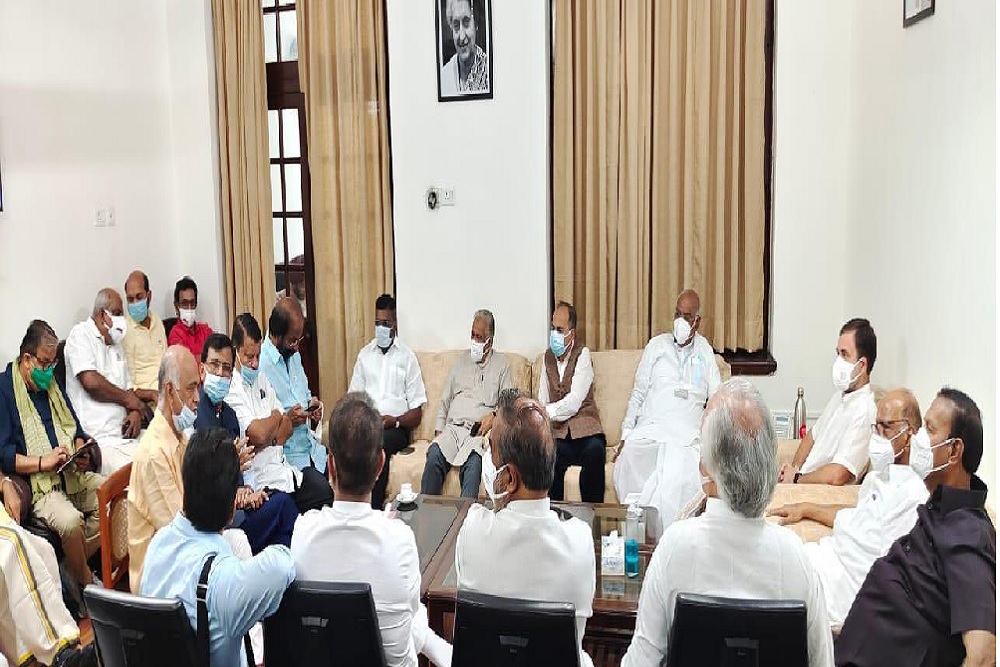 The protesting MPs carried placards and banners against the government  that read 'Stop murder of democracy' and 'we demand Repeal of anti farmers laws'.

"On Wednesday, Rajya Sabha MPs were physically beaten," he charged.

He said the opposition was not allowed to speak inside Parliament and "this is nothing short of murder of democracy".

Parliamentary Affairs Minister Pralhad Joshi had termed as "totally false" the opposition's allegations that marshals manhandled their MPs and said one can check facts from CCTV footage.