The US created the NSG, after India's 1974 nuclear test, solely to deny advanced technology to India, and isolate and contain India. 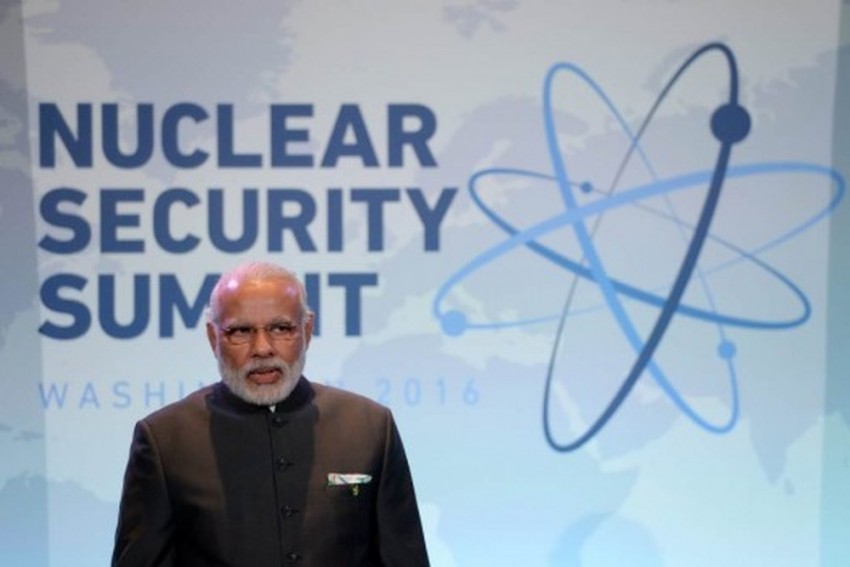 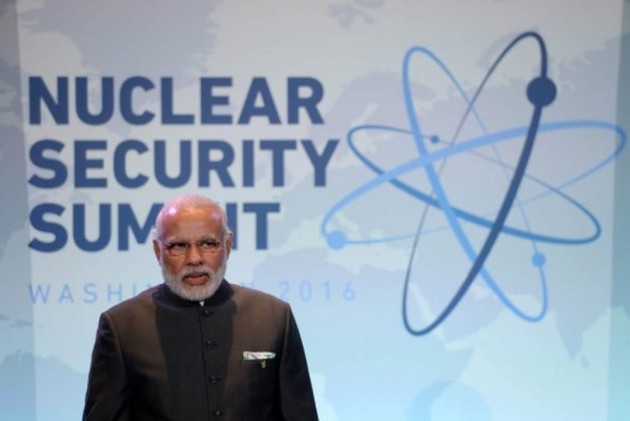 Unlike Groucho Marx, who refused to join any club that would make him a member, India is eager for membership of elite clubs where it cannot get in. The Nuclear Suppliers Group (NSG) is one such chimera that India continues to chase.

The chase provides a periodic diplomatic interlude where an NSG meeting is an explicit reminder of India being kept out of the club by China. It gives New Delhi a chance to point out that China wants to keep out India until it can admit Pakistan. This helps India to show China as a supporter of Pakistan.

So it was after last week’s NSG meeting in the Kazhakstan capital of Nursultan (Astana). India’s admission was not on the agenda. But, China’s foreign ministry spokesman was asked about India’s membership; and, his clichéd response – that there will be no discussion of India’s membership until a procedure finalised for non-NPT countries – was dutifully reported as Beijing again blocking India’s entry to make sure that India’s claims get linked to Pakistan’s.

In June 2016, in its bid for NSG membership, India made a spectacle of itself. Its campaign played out in four Asian capitals: Seoul, where the NSG plenary was held; Beijing; New Delhi; and, Tashkent, where Prime Minister Narendra Modi went to meet Chinese President Xi Jinping. All of it was in vain.

Three years after those moves based on a gross miscalculation, India still nurses fond hopes of breaking into the NSG with US support, which New Delhi feels would make Beijing relent at some point.

However, that is unlikely to happen, and for a variety of reasons. NSG membership is not something given across the counter on US certification endorsed by China. In the NSG of 48 nuclear equipment and material suppliers, all decisions are unanimous. The US created the NSG, after India's 1974 nuclear test, solely to deny advanced technology to India, and isolate and contain India. China became a member only in 2004. Thus, at one level, making India a member would undercut the very objective of creating the NSG. At a larger level, India's entry would make nonsense of the so-called non-proliferation considerations that is the basis of the club. As the Seoul plenary statement said, "Participating governments reiterated their firm support for the full, complete and effective implementation of the NPT as the cornerstone of the international non-proliferation regime."

This implies that NSG members, who in the past were arm-twisted into signing the NPT, did not roll over to ease India’s entry. Unlike in 2008, in 2016, the US had no reason to pull out the stops for India. In 2008, the US ensured a one-time waiver for civil nuclear trade to give life to the India-US nuclear deal. The fact that India’s bid in 2016 ended as a diplomatic fiasco revealed the limits of US power in dealing with China. It also clarified that NSG entry is not a matter of negotiating on two -- India-US and India-China -- bilateral tracks.

In the aftermath, New Delhi should have shed the fallacies, which it is still clinging to for being admitted to the NSG. India no longer needs NSG membership. There is no material benefit to be gained that has not been won by the waiver of 2008, which then Prime Minister Manmohan Singh managed through telephone calls and some deft diplomatic moves by his top officials such as Shyam Saran.

Two, the 2008 waiver ensures India’s access to technology; and, no foreign reactor supplier is actually waiting for India’s NSG membership. Former heads of the Atomic Energy Commission have also said that India can live without NSG membership. It does not matter in terms of uranium supply. Nor is NSG membership necessary to sustain any of India’s ongoing nuclear project. It has little or nothing to do with India’s nuclear programme: and, membership would not bring in its wake a flood of technology goodies.

Three, much has changed since 2008. President Trump’s priorities are different from those of presidents Bush (2008) and Obama (2016). The Bush administration went all out to get the waiver for India. Trump is unlikely to bat for India – or, in fact, for anything other than US’ interests – in his dealings with China; and, the civil nuclear deal means almost nothing to him. For India, NSG membership does not matter. Besides, it may not happen anytime soon.

In that case, why is China taking such a hard line against India?

It cannot be only to aid Pakistan’s entry, although to say that helps India’s posturing. Seasoned observers say that China is taking a tough line now possibly for driving a harder bargain with India at a later date on another issue. It could make a show of climbing down and easing India’s entry, for instance, in return for New Delhi not acting as the spearhead of US-led military interests in the “Indo-Pacific”. China can also seemingly “sacrifice” its stand for something else, such as New Delhi taking a softer line on the South China Sea issue. It is a bargaining chip, which China keeps drawing attention to at every NSG meeting.

Therefore, in the emerging transactional relationship with China, the less interest New Delhi shows in NSG membership, the stronger would be its hand for dealing with Beijing on a range of issues that involve give and take.

(The writer is an independent political and foreign affairs commentator. Views expressed are own.)