Despite being in the grip of the pandemic, Kerala has opened the famous Sabarimala temple for devotees on Saturday, after being closed for seven months. 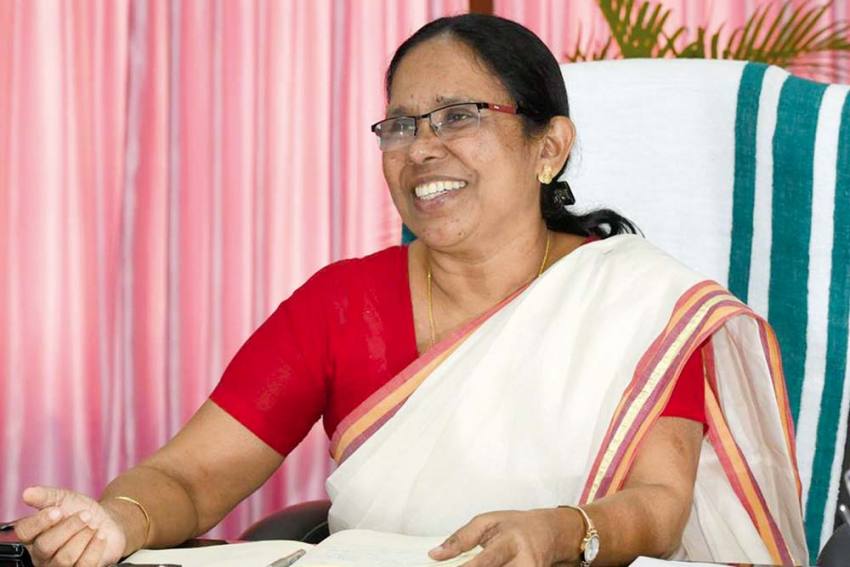 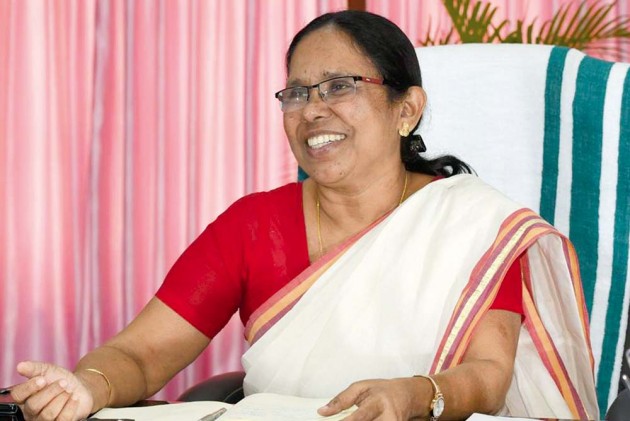 Despite being in the grip of the pandemic, Kerala has opened the famous Sabarimala temple for devotees on Saturday, after being closed for seven months. The entry to the Ayyappa temple is restricted to 250 devotees daily. Amid other curbs, the pilgrims will have to carry COVID-19 negative certificates. However, Kerala’s health minister KK Shailaja said that the shrine’s opening will pose more challenges to the health infrastructure, which is already under stress.

Speaking to Outlook, the minister also cautioned about a spike in COVID-19 cases if people don’t adhere to norms.

Q) Kerala has been reporting a sharp rise in COVID-19 cases over the past two months. Devotees from neighbouring states are expected to visit Sabarimala temple, which is opened for pujas now. Is the state prepared enough?

The opening of the Sabarimala shrine will pose more challenges for us. The health department has already conveyed its concerns regarding the opening of the temple for pujas. The Travancore Devaswom Board, which manages the shrine, wanted to allow the visit of a limited number of devotees. Our concern is that when devotees chant as a group, there is a chance of the virus spreading. According to the protocol, only 250 people are allowed daily. Even that’s too many. A group of three or four may not spread the virus if they maintain physical distance. It is not going to be easy with a group of 250 people. In the prevailing circumstances, I hope that devotees will restrain themselves and wouldn’t turn up in big numbers. We have to be more cautious as pilgrims are expected from neighbouring states too.

Q) For the last two years, the Sabarimala temple issue has taken a political turn. Was the government under pressure to open the temple despite the health crisis?

In 2018, the state government followed the Supreme Court's verdict on women’s entry to the temple. But the opposition parties — the Congress and BJP turned it into a political slugfest. They converted it into an issue of faith. Had we not opened the temple now, the opposition would have come out on the streets. That would have led to more spread of the virus. That’s the reason behind the decision to open the temple despite the crisis.

Q) How will the state cope with the demand for additional medical facilities for Sabarimala?

Even during normal times, many devotees need medical assistance while climbing the hill. Even healthy people face breathing problems and other health issues. Earlier, there used to be a large team of doctors posted specially for Sabarimala duty. However, this time, we are already facing a shortage of health professionals because of the COVID situation. Even after appointing doctors from outside, we are finding it difficult to cope with the situation. In this scenario, it would be difficult for us to deploy additional doctors for Sabarimala duty. Despite the shortage, we will try to maintain a minimum number of doctors to help the pilgrims.

Q) There was a surge in COVID cases after the state celebrated Onam in August. Many states in the country are gearing up for the festival season. What would be your message to them?

In my opinion, there should be strict control over celebrations of festivals at the national level. This is not the right time to celebrate festivals. During Onam, the state government has issued strict advisories. Though many people followed the guidelines, some went out and celebrated in groups. After Onam, there was a surge in the cases. Large gatherings shouldn’t be allowed during festivals. Going out for work is a matter of livelihood. That should be allowed.