Home  »  Website  »  National  »  Once A Decorated Striker, Bhaichung Bhutia Yet To Dribble Past Political Opponents And Score

Once A Decorated Striker, Bhaichung Bhutia Yet To Dribble Past Political Opponents And Score

Bhutia, who as India’s legendary footballer, took more than two decades to chart his meteoritic rise to stardom, was on May 23 felled by the voters of Sikkim. 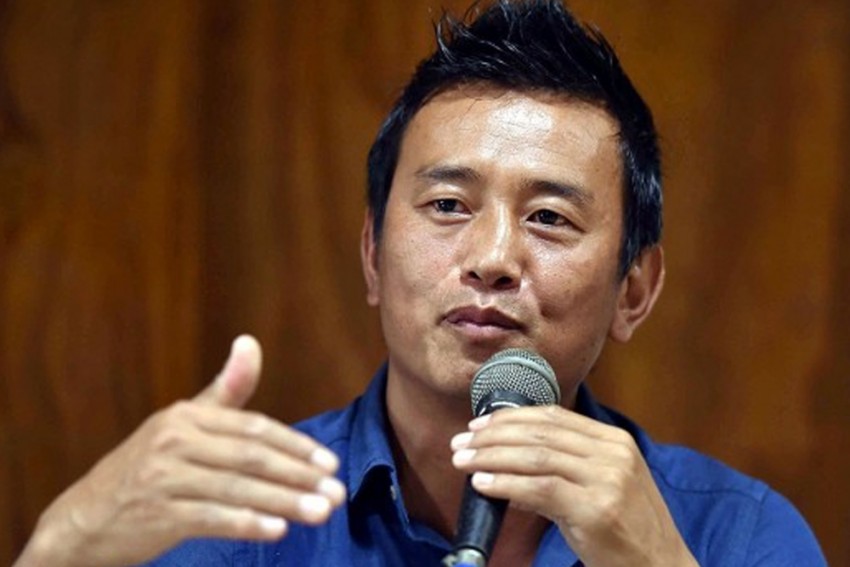 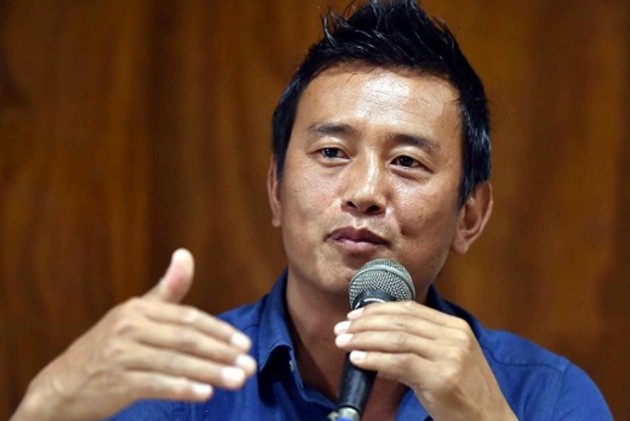 A fleet-footed striker, Bhaichung Bhutia was once feared for breaching the opponent's defense with ease and agility, rarely seen in any Indian footballer in his heyday.

He hails from a remote village of Tinkitam in South Sikkim and had an illustrious career as one of India’s most decorated soccer players.

But that was history.

Bhutia, who as India’s legendary footballer took more than two decades to chart his meteoritic rise to stardom, was on May 23 felled by the voters of Sikkim.

He has realized that the striker in football has to learn a tackle or two to score goals on the political turf.

In August 2011, Bhutia, fondly known as the “Tinkitam Express” among his fans, decided to hang up his boots and take a plunge into another competitive arena—albeit a different kind, politics.

Bhutia, who sent shivers down the spine of his opponents on the soccer field, earning him the moniker -- “Sikkimese sniper” -- first tried his hand in 2014, contesting the general election from Darjeeling constituency in the neighbouring restive North Bengal, on a Trinamool Congress ticket only to lose the contest to the Bharatiya Janata Party’s SS Ahluwalia, who was backed by the Gorkha Janamukti Morcha’s strongman and now fugitive Bimal Gurung.

Not one to be disheartened, the 43-year-old former striker, who captained India for years, and who created history in 1999, when he signed for Bury FC, a second division club in England -- the second-ever Indian player to ply his trade in Europe, the first being Mohammed Salim who had a brief stint with Celtic FC in Scotland -- once again ventured into electoral politics.

This time, Bhutia contested the assembly elections in 2016, again on a Trinamool Congress ticket from the Siliguri assembly seat, but failed to score.

Bhutia quit the Trinamool Congress, saying he always felt like an outsider in the party but expected to be welcomed as a “son of the soil” in his native Sikkim.

In April 2018, the former striker announced that he was launching a political party, the Hamro Sikkim Party (HSP) and said his party would fight "corrupt regime of Pawan Chamling", then the longest-serving chief minister in the country.

Bhutia, as the working president of the fledgeling political outfit, decided that the party will contest in 12 of the 32 seats in the Sikkim assembly. He himself filed nominations to contest from two assembly seats – Gangtok and Tumin-Lingi in East Sikkim.

The Sikkimese sniper made another history on May 23—when the results of the simultaneous Lok Sabha and the state assembly polls were being tabulated—by just managing to garner a paltry 70 votes in Gangtok and another 234 votes in Tumin-Lingi—the second seat he contested for.

His party, too, miserably failed to make any impact in the election results and all the party candidate lost their deposits.

During campaigning, Bhutia had told this correspondent that the HSP was fighting against “corruption unleashed by Chamling and his family and was banking on the simmering discontent among the youngsters of Sikkim and against the political mess created by the Chamling regime”.

But, what the former footballer—who played for some of the top soccer clubs in the country and captained the India team in the late 1990s—perhaps failed to dribble around the community arithmetic and political polarization in his home state.

The Sikkimese population of more than six lakh is distinctly divided into three separate ethnic groups—the Nepalis, who constitute more than 75 per cent, the ethnic tribals, Bhutias and the Lepchas.

The former soccer star, who belongs to the Bhutia community, may have been a sporting icon in the state and the football-crazy people elsewhere in the country, but he and his HSP completely failed to read the anti-incumbency wave that swept the mountain state.

Bhutia, who is incommunicado, ever since the final results were released on May 24, did not answer calls or WhatsApp messages from Outlook.

Instead, he forwarded a brief video clip in which the Sikkim sniper congratulates the PS Golay and his Sikkim Krantikari Morcha for its astounding win and also thanks his party workers and the people of Sikkim for voting for the HSP, which Bhutia describes as a “newborn party” and assures “the people of the state that he and his party will continue to work for the people of Sikkim and their interest in future”.

A close friend and schoolmate of Bhutia -- who studied with the soccer star at the prestigious Tashi Namgyal Academy in Gangtok, explained Bhutia’s reluctance to speak to the media saying: “It is a sad day for Bhaichung… I think you should leave him and give him time to recover from the jolt.”

“The results have come as a rude shock for Bhaichung… So, please let him be and I am sure once he comes to terms with the outcome, he will take your calls,” the person told Outlook on phone from Gangtok.

"As one of modern India’s legendary footballers, who stood out amongst his peers in what was largely a mediocre era for Indian football, Bhutia, too, will rise in Sikkim politics in future,” he said.