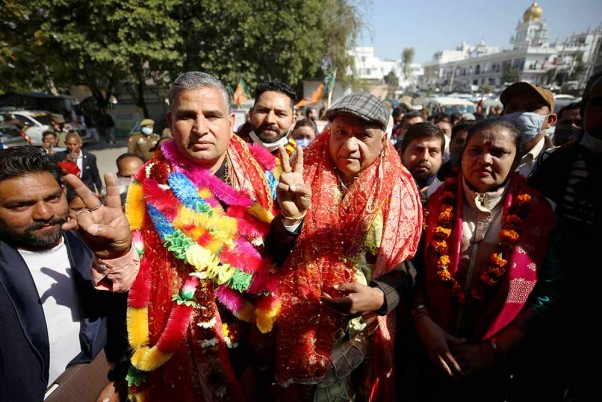 The Jammu and Kashmir government on Tuesday amended its earlier protocol order of precedence and has now placed chairpersons of district development councils equivalent to that of mayors within their respective territorial jurisdictions. The DDC chairpersons have been placed at serial number 19 A in the warrant of precedence equal to a mayor. The government issued the order on Tuesday afternoon.

The order has placed DDC members at serial number 28 equivalent to district magistrates, officers of the rank of brigadiers and equivalent, major heads of department, conservator of forests and district & session Judges.

After the order, the DDC members of BJP, NC, PDP, CPI(M), Congress, PC, and other parties on March 9 staged a protest at the convention centre Jammu against the warrant of precedence. They were seeking cabinet ministers rank for the DDC chairpersons and for DDC members to that of ministers and the MLAs.

Following negotiation with the governor, the government agreed to withdraw the order and issue a new circular today placing the DDC chairpersons equivalent to mayors. It has to be seen how the DDC members would react to it. One of the DDC members said the government has not made many changes. "In the last order, we were at the serial number 28 and in this order, we are at the same serial. I think our response to it from our side we come within two days," he said.