NHRC has asked the chief secretaries of all states and the administrators of union territories to file a report about the steps taken to implement the provisions and articles of the United Nation Convention for Right of Child and the Child and Adolescent Labour (Amendment) Act 2016 in their respective jurisdiction in particular, the position of child labour. 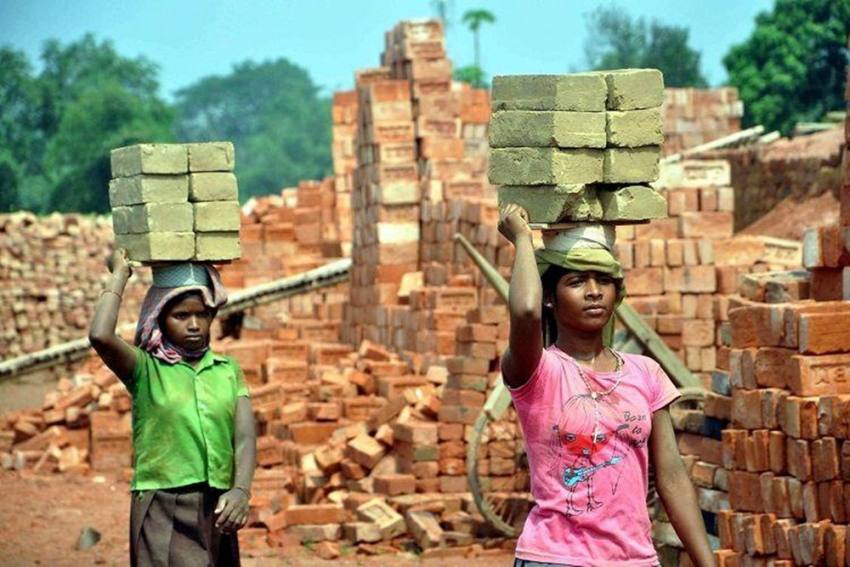 Taking cognizance of persistent practice of child labour across India, the National Human Rights Commission (NHRC) has asked the chief secretaries of all states and the administrators of union territories to file a report about the steps taken to implement the provisions and articles of the United Nation Convention for Right of Child and the Child and Adolescent Labour (Amendment) Act 2016 in their respective jurisdiction in particular, the position of child labours.

The secretary in the department of labour of all the states and union territories are directed to file the report within eight weeks about the legal action taken against the companies and their management, who are employing or employed children in their factory premises or use them for production activity of any kind, against the letter and spirit of the UN convention for right of a child.

The Commission noted that in 1992 India had ratified the UN Convention for Rights of Child; the UN General Assembly unanimously adopted a resolution declaring the year 2021 as the International Year for the Elimination of Child Labour, which necessitates calling for reports from all states and union territories.

The instant case referred to a complaint received in the Commission on December 22, 2019, in which it was alleged that in Udaipur, Dungarpur and Banswara districts of Rajasthan, "rampant trafficking of children aged between 8-15 years is going on", the right panel said in the statement.

They are sold for Rs 500 to Rs 3,000. Even a commission of Rs 50 was charged on every deal. The complainant also supported his allegations on the basis of a media report carried by a prominent newspaper on the issue, it said.

In the wake of these allegations, the Commission had issued a notice to the Director General Police (DGP), Rajasthan calling for a report. In response, the Superintendent of Police (HR), Criminal Investigation Department (CB), Jaipur, Rajasthan informed that the news published was of old incidents, in respect of which no case had been registered, the statement said.

The report stated that all the boys and girls went to earn wages with their families. It said that no case of children leaving or missing or becoming handicapped, from the district, after coming from Gujarat, had come to the fore in relation to the children of Rajasthan.

Most of the children keep going to Gujarat for child labour and to stop the same timely action by police stations and anti-human trafficking units in the border areas had been taken, it added.

The Superintendent of Police, Dungarpur, informed that there was no organised gang active for human trafficking in Dungarpur. The report also stated that the Anti-Human Trafficking Unit was already working in the district to prevent such incidents. Along with this, a special team of the district had also been formed and for the prevention, checking is being done continuously in police station area bordering Gujarat, the NHRC said.

The Commission said it further received a letter from the officer in-charge, Anti-Human Trafficking Unit, district Baswanda, Rajasthan, whereby, it was submitted that the anti-human trafficking police stopped the trafficking of children of Rajasthan to Gujarat and rescued 16 minor children and handed them to child welfare committee, it added.

The Commission observed that "police reports itself admitted that there are cases, where the children were trafficked for various reasons, both inter and intra states, facilitated by the brokers".

The genesis of the present matter may be in the poverty of the parents belonging to the Scheduled Tribe community of the southern part of Rajasthan.

The NHRC said in the statement that it has taken a "serious view of contradictory reports from Rajasthan on child trafficking for labour".

The Commission also noted that in 1988, the Union Labour and Employment Ministry had initiated the National Child Labour Projects (NCLP Scheme) rehabilitate working children in 12 child labour endemic districts of the country.

The scheme aimed to conduct a survey of child labour in hazardous occupations, identify and rehabilitate them by providing healthcare facilities, vocational training and thus eliminate all forms of child labours, it said, adding that since then the project has been expanded to cover 312 districts of 21 states in the country.

"As per 2019 data of the Ministry of Labour and Employment, maximum 52 are from Uttar Pradesh followed by 30 from Telangana, 27 from Rajasthan, 21 from West Bengal, 24 from Odisha, 23 from Bihar, 21 from Madhya Pradesh, 18 from Tamil Nadu, 16 each from Maharashtra and Karnataka. However, the rampant violation of child rights in the form of child trafficking and child labour is still going on in the country," the statement said.