Poems are not restricted by borders or even language and claimed by those who need new words, said Saleema Hashmi. 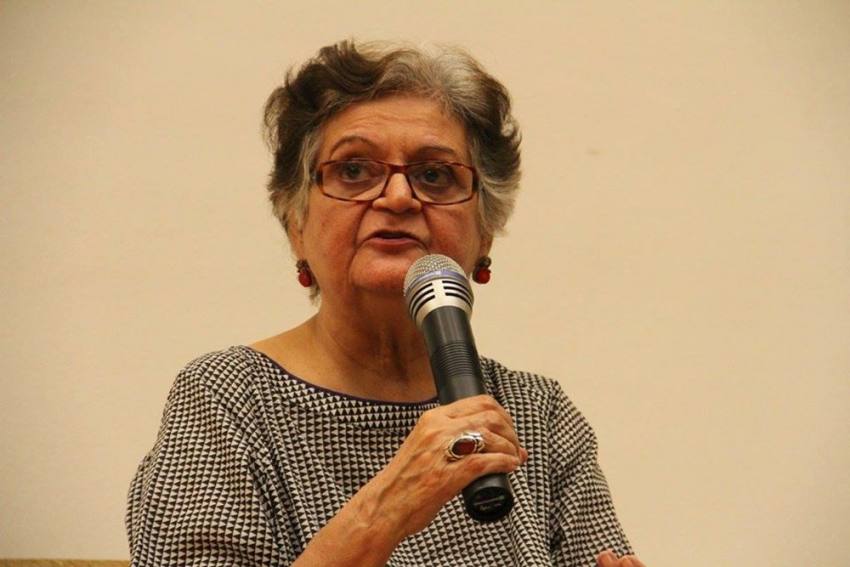 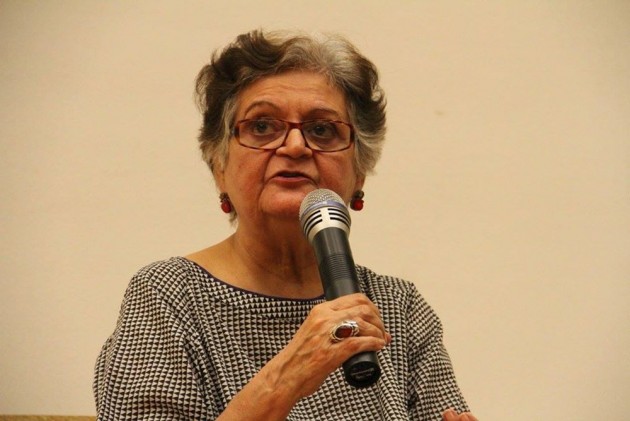 It is not "sad" but "funny" to call Faiz Ahmed Faiz's poem "Hum Dekhenge" anti-Hindu, says the daughter of the famous Urdu poet, asserting her father's words will always speak to those who need to express themselves.

Asked about IIT-Kanpur forming a committee to inquire into a complaint against the recitation of 'Hum Dekhenge' on campus by students to protest against the amended Citizenship Act, Saleema Hashmi on Thursday said she is not worried about the controversy as it may ultimately lead to Faiz's words seducing those who are critical of the poem.

In an exclusive interview with PTI, Hashmi said, "A group of people investigating the poem's message is nothing to be sad about, it is very funny. Let's look at in another way, they may end up getting interested in Urdu poetry and it's metaphors. Never underestimate the power of Faiz."

Hashmi said poems are not restricted by borders or even language and claimed by those who need new words.

"It is not surprising that Faiz continues to be relevant this side of the border or that side - I was told some years ago that this poem was sung in Nepal during their days of democratic struggle against the monarchy. I suppose poets and their words are claimed wherever and by whoever they are needed. They provide the words that people cannot find for themselves," she said.

Written in 1979 to protest against the dictatorship of former Pakistani general-premier Zia-ul-Haq, the poem cleverly uses Islamic metaphors to attack fundamentalism and has come to be seen as a revolutionary chant for those fighting any kind of oppression.

Hashmi said she was happy that her father was speaking to people from beyond his grave.

On a question whether poetry can be used as an instrument in fighting fundamentalism, Hashmi said, "In itself, poetry cannot fight fundamentalism but it can create circumstances for change by helping in mobilising people, giving them a sense of shared aspirations and dreams of a better future.

"All of which is anathema to fundamentalist thinking which thrives on exclusion of the 'other' and a strange kind of self-hatred which spews hate for others."

Hashmi said her father, who died in November 1984, was always a controversial figure but his poetry appealed to even those who hated him.

"Faiz was always controversial in his lifetime and beyond - yet those who hated his ideas, confessed to loving his poetry and were seduced by its sheer love of life and humankind. So controversy always makes the curious turn to the source of the controversy and hopefully they will end up succumbing to the power of Faiz’s words."

Faiz will always stay relevant to lovers of poetry everywhere, not just in Pakistani, Hashmi said, adding that creative people are "natural enemies of dictators".

"Poem is an instrument of focussing the fervour and passion of young people - leading them towards an understanding of how they must move forward - very upsetting for the powerful who can sense the fragility of their position, once people’s energies are unleashed. Thus poets, writers, singers and indeed all creative people have been the natural enemies of dictators."