Home  »  Website  »  National  »  'Neither For Audit Nor For Inventory,' Odisha Govt Has No Plans To Open Jagannath Temple Money Vault

'Neither For Audit Nor For Inventory,' Odisha Govt Has No Plans To Open Jagannath Temple Money Vault

The Odisha government has said that all the precious jewellery of the deities is 'safe and secured. 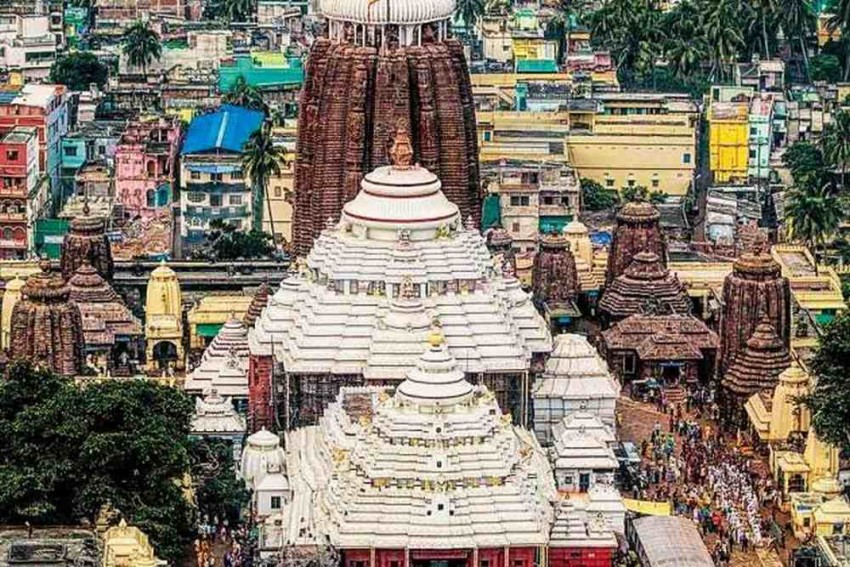 File photo of Jagannath temple.
Sandeep Sahu November 27, 2019 00:00 IST 'Neither For Audit Nor For Inventory,' Odisha Govt Has No Plans To Open Jagannath Temple Money Vault 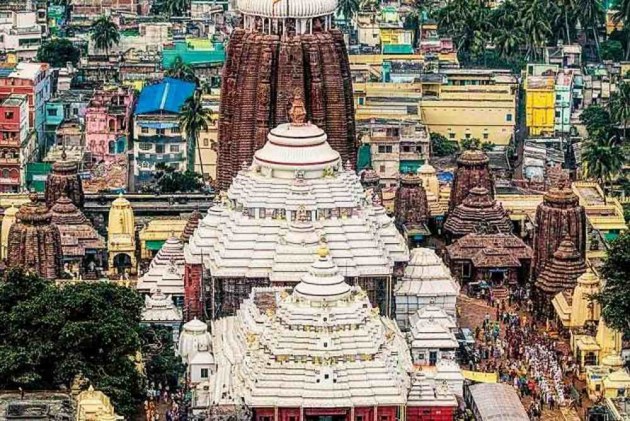 The Naveen Patnaik-led Odisha government has once again clarified that it has "no plans" to open the locks -- neither for audit nor for the inventory -- of the Ratna Bhandar at the Lord Jagannath Temple in Puri. The last time the government opened the locks of the treasury was way back in 1985. The last time any inventory was prepared was seven years prior to opening the locks. This, despite the Jagannath Temple Act, 1960, under which the government took over the management of the famous 12th-century Hindu shrine, provides for an inventory every three years.

Replying to a question by senior Congress member Suresh Routray in the state Assembly on Wednesday, law minister Pratap Jena made it emphatically clear that there is ‘no plan’ to open the treasury for audit or inventory. He added, in the same breath, that all precious jewellery of the deities is "safe and secured". It inevitably raises the question, “If the Ratna Bhandar has not been opened since 1985, how does the government know that the ornaments inside, worth several hundred crores by most estimates, are ‘safe and secured’?” There is, after all, an elaborate process laid out in the Temple Act for the opening of the Ratna Bhandar containing the temple’s riches and there is no way the government can do it on its own without the presence of others.

It was one such attempt ordered by the High Court on April 4 last year that sowed the seeds of suspicion that much of the jewellery may have been pilfered. A 17-member team of officials had gone to take stock of the condition of the interior chamber of Ratna Bhandar. Strangely though, the team returned without opening the locks on the plea that the keys they carried did not open the locks. “In any case, there was no need to go in since we could assess the condition of the structure from outside by using searchlights,” the then chief administrator of the Shree Jagannath Temple Administration (SJTA) Pradeep Jena had told media persons after coming out. This led to many asking why the team did not break open the locks if the keys didn't work. The minutes of the Temple Management Committee meeting later that day, leaked to the media nearly two months after it, revealed that there was a furore over the ‘missing’ keys at the meeting. It inevitably resulted in publicly expressed outcry about possible pilferage and street demonstrations every now and then and demanding the administration open the vaults.

If the government is so sure about the fact that all of it is ‘safe’, the best possible course would have been to open the locks, prepare an inventory in the presence of all stakeholders and put the record straight once and for all. That would have set all doubts and apprehensions to rest. Instead, it has chosen to stonewall all demands for the opening of Ratna Bhandar, deepening the doubts in the process. When there was a statewide uproar over the missing keys, the district administration first announced that the keys were not traceable. And then, just as the row began gathering momentum, it came out with the startling disclosure that "duplicate" keys of the storehouse had been found, not at the district treasury where they are supposed to be but in the record room of the collectorate. The "duplicate" key theory was promptly dismissed by those who know how the affairs of the Temple are run. Caught in a cleft stick, the government appointed a Commission of Inquiry headed by Justice Raghubir Das, a retired judge of the Orissa High Court, in what was perhaps the first commission appointed anywhere in the country to locate a "key". The Commission submitted its findings about a year ago. But the government, instead of making it public, is zealous guarding it.

Unfortunately, for the government, even the sevayats have now joined the "Open Ratna Bhandar" brigade. “Since the Ratna Bhandar key fiasco last year, fingers have been pointed at sevayats by devotees. We want our names cleared and hence demand the immediate opening of the lock and an exhaustive audit to see if the inventory made in 1978 match with the stock inside now,” senior Daitapatit sevayat Binayak Dasmohapatra said on Wednesday in response to the government’s refusal in the Assembly to open it earlier in the day.

There is, however, more to worry about for the government than what the sevayats demand. As per the orders of the Supreme Court during the last hearing of the ongoing case related to the affairs of the temple, the government has to file an affidavit on the complete list of moveable and immovable assets belonging to the Lord at the next hearing of the case on January 8, 2020.

Notwithstanding the government’s repeated refusal, however, there is now an air of inevitability about the opening of the Ratna Bhandar. There are some startling revelations in store for sure as and when that happens.