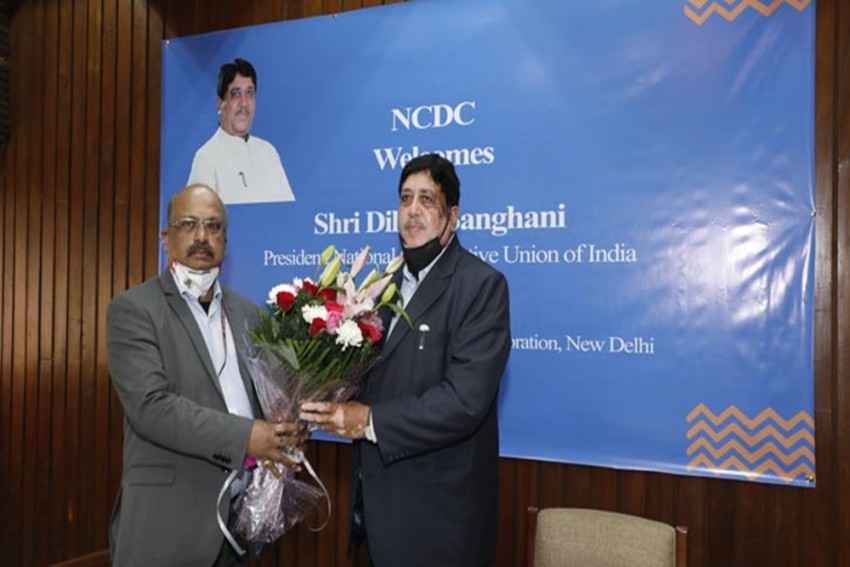 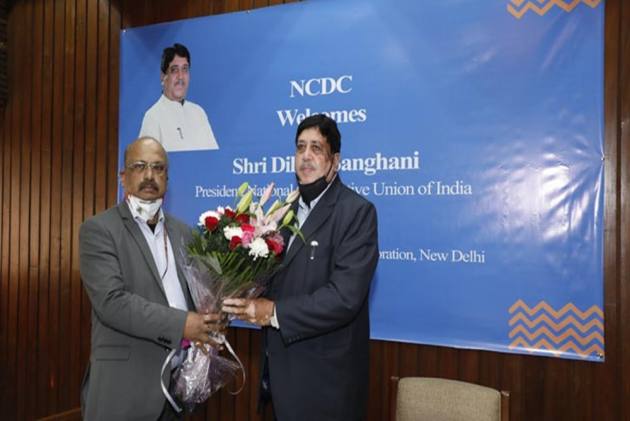 The National Cooperative Development Corporation (NCDC) on Wednesday organised an event to welcome and felicitate the newly elected president, NCUI, Dileepbhai Sanghan, at its headquarters in New Delhi.

Welcoming him, MD, NCDC, Sundeep Nayak, said that Dileepbhai has been closely associated with NCDC for long, either as member of its general council, as chairman of apex bodies of cooperative banks in the country NAFSCOB, as Chairman of GUJCAMOSL, and as previous president of NAFED, vice-president of IFFCO etc. “The great source of inspiration for co-operators across the country is Dileepbhai, who has always been of help to NCDC,” he said.

Sanghani said, “Honest and sincere efforts of the NCDC team led by MD have made NCDC a leading development financial institution for cooperatives in the country. I have added a new dimension to his relationship with NCDC as president of NCUI.”

He made special mention of his participation in the General Assembly of NEDAC conducted during November 2018 at New Delhi and the two-day brainstorming deliberations for furthering cooperative movement in Asia-Pacific region which resulted in the organization of the first-ever India International Cooperatives Trade Fair in October 2019.

What was the fair about?

This fair was aimed at promoting export of cooperative products in tune with the first-ever Agriculture Export Policy, 2018 of Government of India.

Talking about cooperatives and their contribution in enhancing agricultural production, productivity and food security management, he said, “Cooperatives have been playing an important economic and social role, however, the contribution of cooperatives is not as publicly recognised and often treated as ‘Invisible Agents of Change’ in the society compared to public and private organizations.”

What is NCUI, NCDC and NCUI?

As president of NCUI, Sanghani said, “I would strive to make cooperative central-stage in all government schemes and take the cooperatives to the next level.”

Sanghani added, “To quickly transform the dreams of Hon’ble Prime Minister, we have to believe in the maxim of Sahakar se Swarojgar and, Swarojgar se Atmanirbhar.”

Cooperatives would play a big role in enhancing one’s own income and thereby India becoming self-reliant.