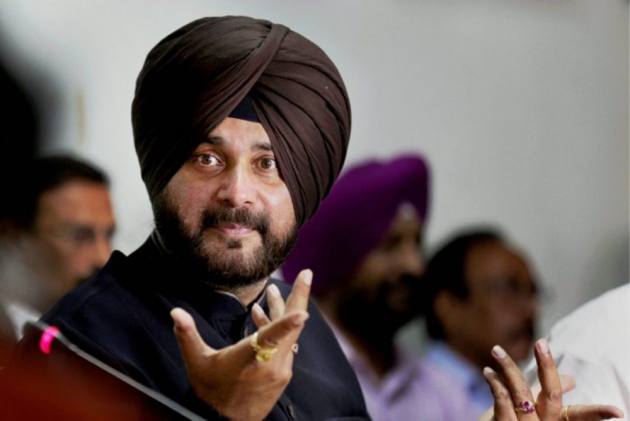 Days after being told by Chief Minister Amarinder Singh that his government is close to resolving them, Punjab Congress chief Navjot Singh Sidhu on Thursday flagged again the five ‘key issues’ faced by the state. Addressing party workers in Jalandhar, Sidhu said the Congress high command's 18-point programme will be implemented.

“As was done on the SYL issue, the Punjab government should reject these laws completely by announcing that they will not be implemented,” he said, recalling Punjab’s tough stance on river water sharing with Haryana.

He also called for the “rejection” by the Congress-ruled state of the three farm laws enacted at the Centre last year.

At their first meeting Tuesday with the Amarinder Singh after his appointment as the state party president, Sidhu and the four working presidents had reminded the CM about the 18-point programme and the five priority areas.

The 18 points were reportedly dictated to Singh when he met the party’s central leadership in Delhi amid the tussle between him and Sidhu.

The delegation led by Sidhu had sought “immediate action” from the CM on the 2015 desecration of the Guru Granth Sahib and the police firing on protesters, arrest of the “big fish” in drug rackets, cancellation of power purchase agreements, rejection of the Centre's new farm laws and agreeing to the demands by government employees.

Sidhu said he had taken up with the CM the five priority areas out of the party leadership's 18-point agenda.

Referring to the farm laws, Sidhu said, “These black laws are illegal, unconstitutional and an attack on the federal structure.”

In an apparent attack at the Aam Aadmi Party government in the national capital, he said, “If you see the Delhi model, a subsidy of Rs 1,700 crore is being given in Delhi in comparison to Rs 10,000 crore of subsidy being given by Punjab.”

He said there is hardly any state in the country which provides so much power subsidy.

He said power for industry in Punjab is also "much cheaper" than that in Delhi.

Last month, Delhi Chief Minister Arvind Kejriwal had promised up to 300 units of free electricity every billing cycle for each household in Punjab if the AAP is voted to power.

Sidhu said the power purchase agreements (PPAs) signed during the previous SAD-BJP government in the state are a stumbling block in providing cheap power to consumers.

He said fixed charges of thousands of crores are being paid to private power companies and demanded the cancellation of “faulty” PPAs.

The CM on Wednesday had ordered power utility PSPCL to cancel or revisit all “one-sided” PPAs signed with private companies which are not contractually obligated to supply sufficient power to meet the peak demand during the paddy sowing and summer seasons.