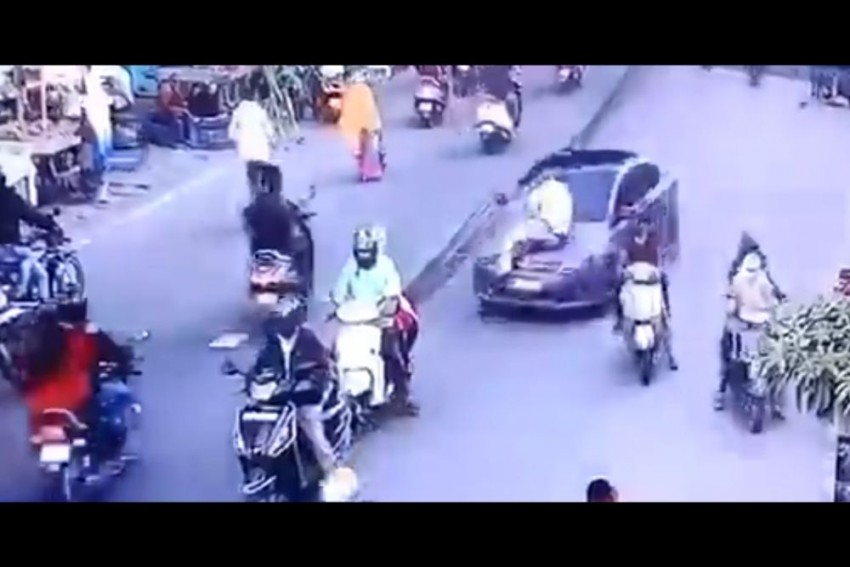 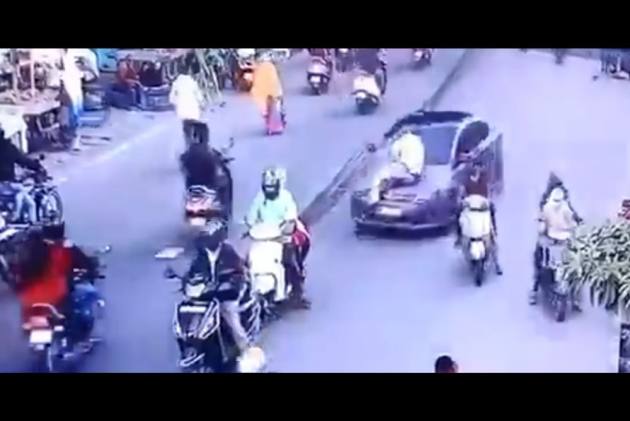 A traffic policeman was dragged on the bonnet of a car for almost half a kilometre in Nagpur city on Sunday evening, after he asked its driver to stop the vehicle, an official said.

The incident occurred at Sakkardara square and the driver of the car, Akash Chavan, was later arrested by the police, he said.

"Traffic constable Amol Chidamwar was on duty at the square and managing the traffic. Around 5 pm, he saw a car with tinted glass on the windshield. He signalled the car to stop. However, instead of stopping, the driver increased the speed in a bid to escape," he said.

"The constable tried to stop the car by standing in the middle of the road. However, as the vehicle was speeding, the policeman jumped on the car bonnet and clung on to it," the official said.

However, the accused did not stop the car and kept on driving with the cop on the bonnet for around half a kilometre, the official said.

The driver finally stopped the vehicle near a college, where people caught hold of him and thrashed him.

The accused, who is an aide of a notorious local criminal, was arrested by the police and an offence under Sections 353, 307 of Indian Penal Code and provisions of Motor Vehicle Act was registered against him, police said.