Sapna Chaudhary was keen to contest from Mathura, where the BJP has fielded Bollywood actor Hema Malini. However, the Congress declared Mahesh Pathak as its candidate for the Lok Sabha seat. 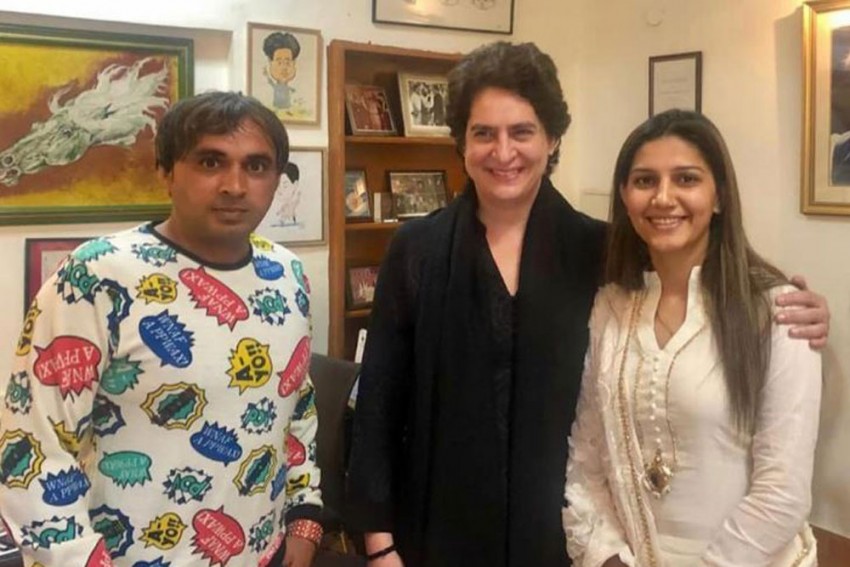 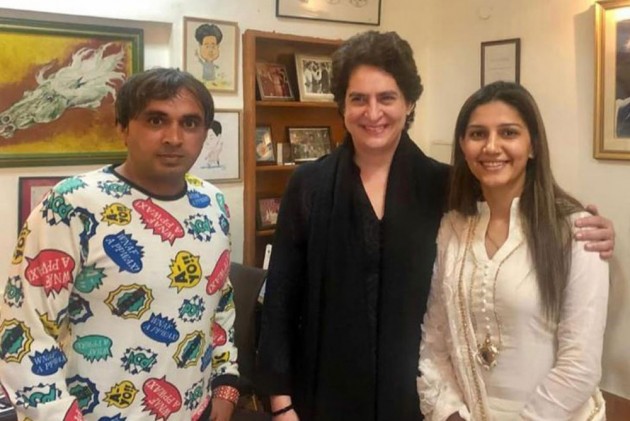 Haryanavi singer-dancer Sapna Chaudhary Sunday claimed she has not joined the Congress and accused it of using her old pictures with Priyanka Gandhi Vadra. The development comes only hours after Uttar Pradesh Congress chief Raj Babbar welcomed her into the party fold.

Babbar had Saturday night welcomed Chaudhary into the party and posted a picture on Twitter of the dancer with Congress general secretary in-charge of east Uttar Pradesh Priyanka Gandhi Vadra.

"I welcome Sapna Chaudhary ji in the Congress family," Babbar had tweeted.

Chaudhary also said she will not campaign for any political party in the Lok Sabha election.

"I have not joined the Congress party. My pictures with Priyanka Gandhi are old, as I have met her many times in the past. These pictures are old. The biggest issue is that I have not joined any party," she told reporters.

When confronted by reporters about her pictures filling up forms of Congress membership, Chaudhary said if her old interview can be aired, why cannot her pictures be passed of as new.

A close aide of Babbar, who was seen in the picture with Chaudhary Saturday evening, had nothing to say on the singer taking a U-turn. He also displayed the membership form she had apparently filled up on her joining the party.

Sources said Chaudhary was keen to contest from Mathura, where the BJP has fielded Bollywood actor Hema Malini.

However, the Congress declared Mahesh Pathak as the party candidate from Mathura in the eighth list of candidates for the Lok Sabha polls released Saturday night.

Yoga, Artificial Intelligence To Be Introduced As New Subjects By CBSE