The woman had approached the police against the Social Justice Minister on January 11, accusing him of rape and sexual assault on pretext of marriage in 2006. 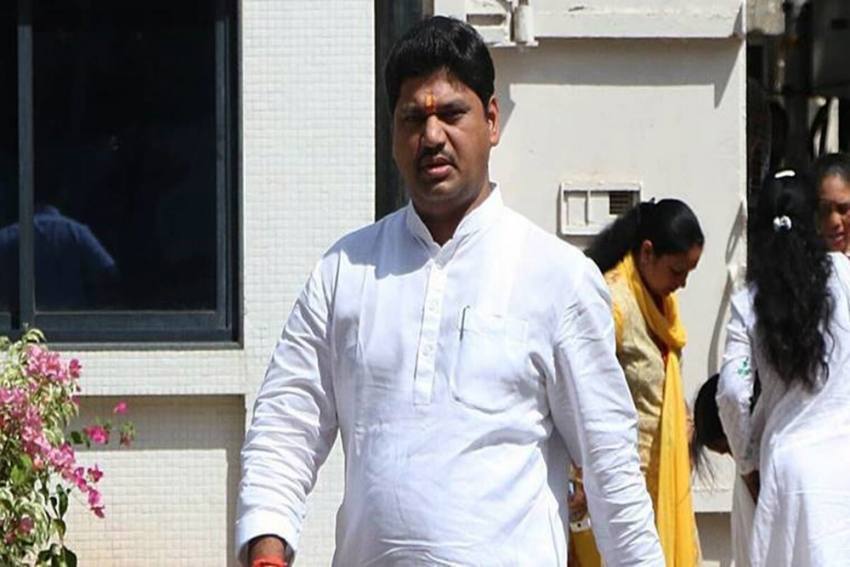 In a surprising turn of events, the Mumbai-based woman who had accused rape charges against the Maharashtra cabinet minister Dhananjay Munde withdrew her police complaint on Friday.

According to police officials, the woman withdrew her complaint without citing any reasons for the same. She told the investigating officer that she wishes to take her complaint back.

The woman had approached the police with the complaint against the Social Justice Minister (45) on January 11, accusing him of rape and sexual assault on pretext of marriage in 2006.

The police had started an inquiry and the woman had visited the Oshiwara police station to record her statement.

The police asked the complainant to submit a notorised affidavit after she withdrew the rape charges.

Munde, a senior NCP leader from Beed district, has denied the rape charges and dubbed them has an attempt to blackmail him.

The minister, however, has admitted that he was in a relationship with the complainant woman's sister.

As the complaint came to light, the opposition BJP demanded Munde's resignation from the cabinet.

However, the NCP ruled out any action against Munde till the charges were proved.

Meanwhile, reacting to the development, NCP president Sharad Pawar said it seems the party's decision to wait for the truth to come out after rape allegations were levelled against Munde was right.

Addressing reporters here, Pawar also alleged efforts are on from Delhi to Mumbai to bring down the Maha Vikas Aghadi (MVA) government in the state.

However, the Shiv Sena-led government, in which the NCP is a key constituent, will complete its five-year term, the former Union minister said.

I got to read the news about (the woman) withdrawing the complaint. I dont know the details. But after discussion with Munde and officials, we felt prima facie that the truth needs to be verified first.

"We felt we should not jump to a conclusion until the truth is found out, Pawar said.

The NCP chief, who had initially termed the rape charges as serious, said the party pitched for a detailed probe into the allegations after it saw some documents in connection with the episode.

And our decision was right it seems, he added.

To a question about the various charges being made against MVA leaders, alleged attempts to bring down the Uddhav Thackeray government and its longevity, Pawar said, There is no doubt that the government will run for five years.

Consistent efforts are being made right from day one, from Delhi to Mumbai (to bring down the government). But it will have no impact, he said, without naming anyone or any party.

15-Year-Old Girl Axed To Death In UP, Rape Suspected