The rains, which have been intense in many parts of the city including Andheri, Kurla, Bandra, Charni Road, Santa Cruz, BKC and others, has resulted in water logging on streets and railway tracks causing inconvenience to people. 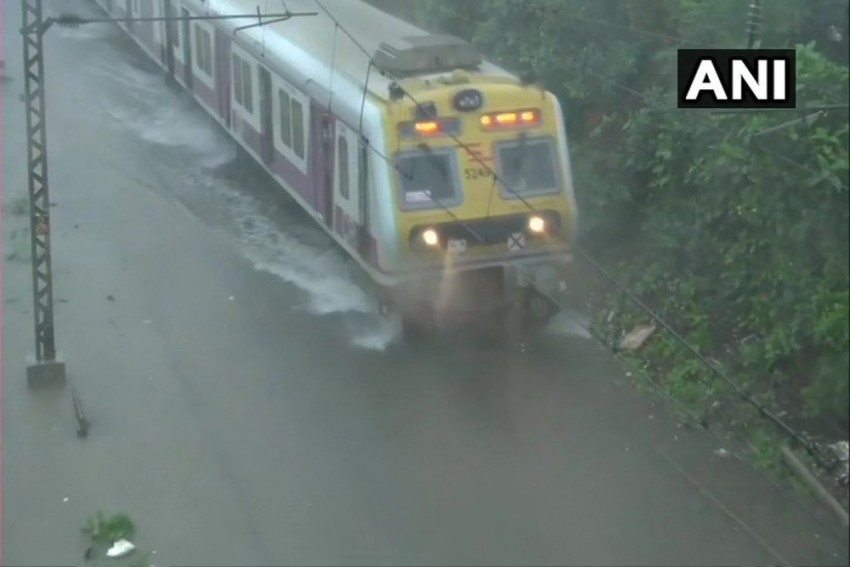 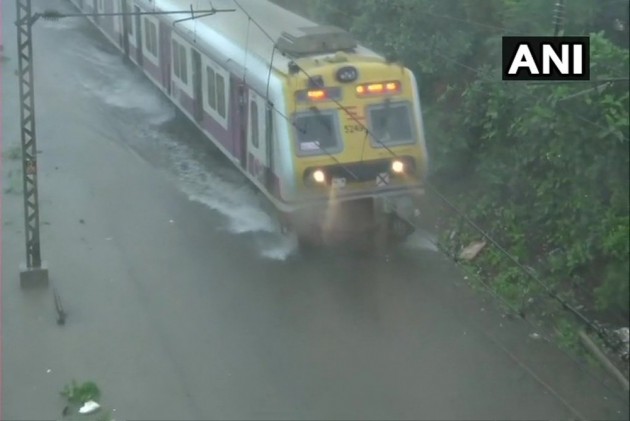 Mumbai has been witnessing relentless heavy downpour from Sunday night and many parts of the city are expected to continue to see good showers on Monday, according to the weather department.

The rains, which have been intense in many parts of the city including Andheri, Kurla, Bandra, Charni Road, Santa Cruz, BKC and others, has resulted in water logging on streets and railway tracks causing inconvenience to people.

The pleasant weather and with irregular rain showers that will continue for the next few days. with the Indian Meteorological Department predicting "Generally cloudy sky with intermittent rains," for the city.

There have been very heavy incessant rains with 361 mm rainfall recorded during the night and 100 mm between 4.00 hrs to 5.00 hrs alone in Palghar area of Mumbai Division.

"13 trains have been cancelled today. After receding of water, train movement at Palghar was started at 8.05 hours at a restricted speed of 30 kmph in view of safety," Western Railways said.

Some trains including Mumbai- Ahmedabad Shatabdi Express have been regulated in view of safety it said.

"Due to heavy winds, the material viz bamboos of ongoing construction work fell on Over Head Equipment at Marine Lines due to which trains have been stopped between Churchgate-Marine Lines. Restoration work in full swing, traffic expected to start in 30 minutes," the PRO of Western Railways said.

According to private weather forecaster, Skymet, rains in the city are expected to get intense starting the night of July 3 wherein hefty showers will be seen as the weather system which formed in the Bay will move towards the West Coast giving heavy showers.

Also, high tide has been predicted at 11:11 am with locals being warned not to venture anywhere close to the beaches.

Children were seen wading through water to go to school as streets in Dadar East were flooded due to heavy rainfall.