Sonia Gandhi expelled Scindia from the Congress for anti-party activities, as the crisis looming over the Congress government in Madhya Pradesh deepened. 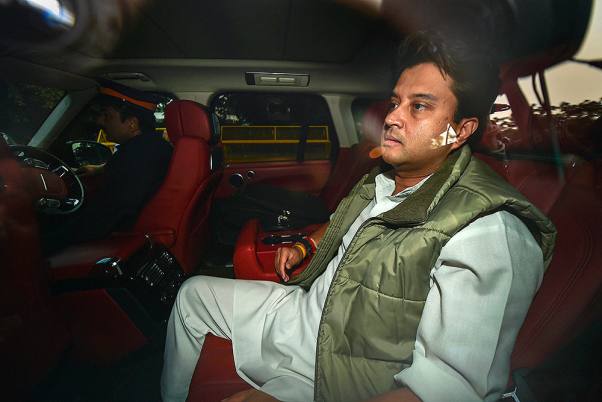 Moments after meeting Prime Minister Narendra Modi in the national capital on Tuesday, disgruntled Congress leader and former Guna MP Jyotiraditya Scindia tendered his resignation to party president Sonia Gandhi saying it was now time for him to move on.

Gandhi immediately expelled him from the Congress for anti-party activities, as the crisis looming over the Congress government in Madhya Pradesh deepened.

"The Congress president has approved the expulsion of Jyotiraditya Scindia from the Indian National Congress with immediate effect for anti-party activities," according to a statement from AICC general secretary K C Venugopal.

Noting that the events of the day had been drawing themselves out for a year, Scindia wrote to Gandhi saying that it was now best for him to look at a fresh start.