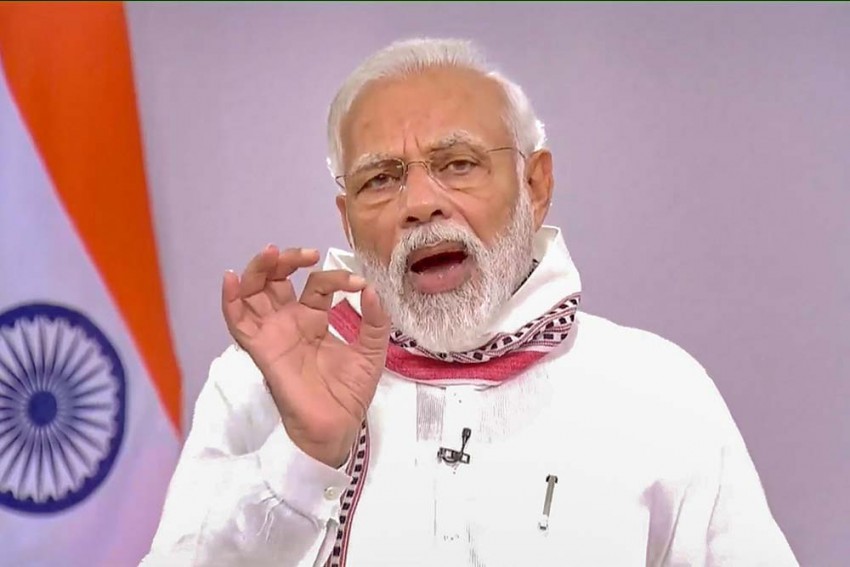 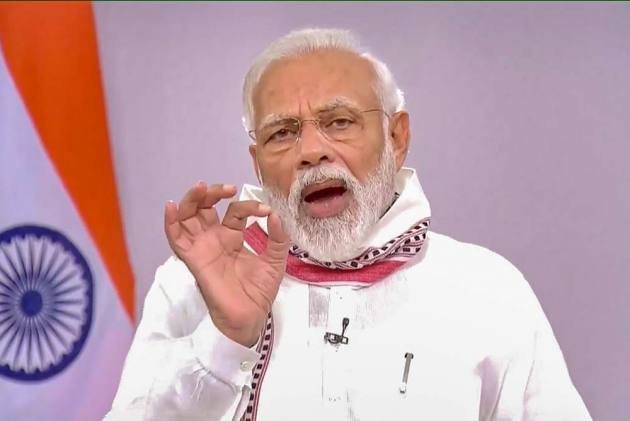 The Shiv Sena and NCP said Prime Minister Narendra Modi's address to the nation on Tuesday lacked substance as he did not suggest ways to strengthen the economy or a relief package for the poor and those worst hit by the lockdown.

Shiv Sena spokesperson Manisha Kayande also took a dig at the prime minister, saying he thankfully did not give any activity to people this time like clanging utensils or lighting lamps.

Modi on Tuesday announced that the lockdown across the country will be extended till May 3, saying the measure has produced a significant outcome in containing the infection.

The PM said implementation of the lockdown will be strictly ensured in its second phase and detailed guidelines will be brought out on Wednesday to ensure that outbreak does not spread to new areas.

Some relaxations may be allowed after April 20 in places where there are no hotspots, he said.

Also Read | India To Remain Under Lockdown Till May 3; Some Relaxations After April 20, But...: PM Modi

Kayande said Modi could have announced extension of the lockdown on Wednesday itself along with the new guidelines, instead of declaring it separately.

"He could have elaborated steps to be taken to tackle the coronavirus, relaxing restrictions on movements in different areas (depending upon threat posed by the disease)," she said.

"His speech normally is more of a rhetoric than substance. Thankfully, he did not give any other event to the people like lighting up lamps or clanging utensils. There was nothing substantial (in the address), the only takeaway was that the lockdown has been extended, she added.

"But, he could have announced a package on behalf of the central government to help the poor, those working in the unorganised sector who are the worst hit due to the lockdown.
There was no mention of it anywhere," Malik said.

Another NCP spokesman Mahesh Tapase said it was expected that the prime minister would address the economic concerns being faced by the country.

"The least to expect was the announcement of a slew of measures to kick-start the economy in a phased manner as and when the restrictions are lifted," he added.

Tapase said the employers and employees wanted to know from the government how recession and unemployment will be tackled in the time to come.

"Access to capital for business, especially for MSMEs and agriculture, is a big concern. Supply and logistics is the cornerstone of economic activity which has come to a virtual standstill," he said.

The 2020-21 fiscal looks grim and hence, the right stimulus from the government coupled with a renewed zeal by the industry will only bring the economy back on track, he suggested.