Gandhi has described the exercises of the NPR and NRC as 'notebandi no. 2'. 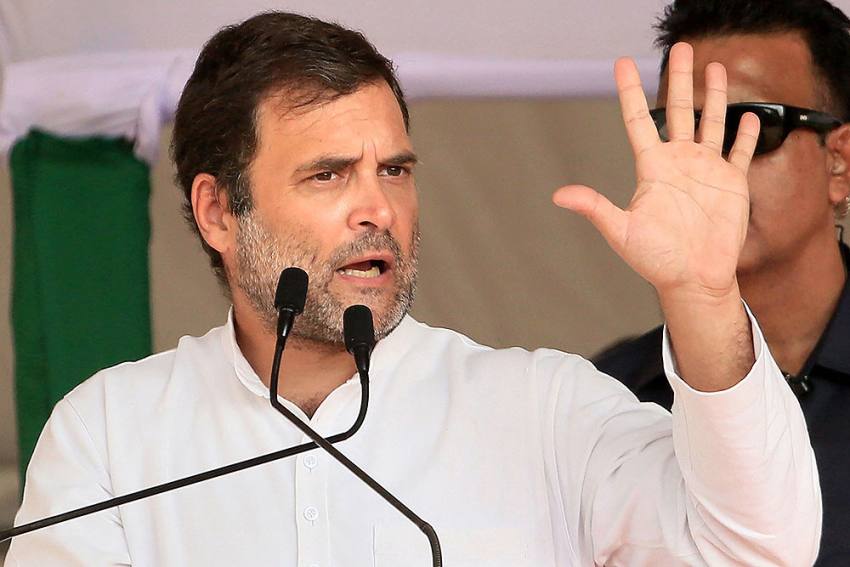 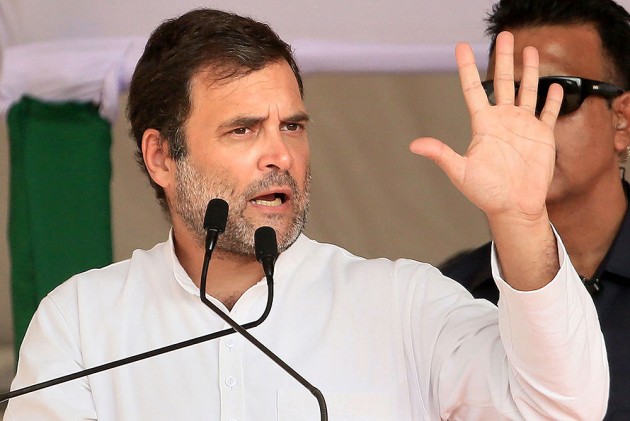 Congress leader Rahul Gandhi on Saturday said Assam was returning to the path of violence due to the policies implemented by the BJP-led central government even as protests against the recently amended citizenship law and NRC continue to rock the country.

"I fear Assam is returning to path of violence because of BJP's policies," Gandhi said at rally in Guwahati, Assam's capital, on the Congress's 135th Foundation Day.

He added, "The spirit of Assam Accord which brought in peace should not be ruined."

The Assam Agitation, that started in 1979, led to massive and violent protests against illegal immigrants in the state, resulting in the death of more than 800 over six years. The protests ended after the Centre signed the Assam Accord in 1985 that set the date of detection and deportation of foreigners as March 25, 1971. The Citizenship Amendment Act sets the cut-off date on December 31, 2014, which has sparked off protests in the state.

Earlier in the day, Gandhi described the exercises of the National Population Register (NPR) and National Register of Citizens  (NRC) as "notebandi no. 2".

The basic idea of these exercises is to ask all poor people whether they are Indian or not, he told reporters on the sidelines of the flag-hoisting ceremony at the AICC headquarters in New Delhi on the occasion of the party's foundation day.

"His (Prime Minister Narendra Modi) 15 friends will not have to show any document and the money generated will go into the pockets of those 15 people," he said.

Gandhi has previously accused the government of working for a select few "crony capitalists".

On the BJP calling him a "liar", Gandhi again attacked Modi over his remarks that there were no detention centres in the country.

On Thursday, Gandhi had attacked Modi over his remarks that there were no detention centres in the country, alleging that "RSS's prime minister lies to Bharat Mata".

Taking to Twitter, he had also attached a video clip in which Modi accused the Congress, its allies and "urban Naxals" of spreading the rumour that Muslims will be sent to detention centres.

The clip also shows a purported detention centre being constructed in Assam. "RSS's prime minister lies to Bharat Mata," Gandhi had said in the tweet in Hindi with the hashtag 'jhoot jhoot jhoot (lies, lies, lies).

Likening the NPR and the NRC to demonetisation, Gandhi on Friday had said in Chhattisgarh that these exercises are "tax" on the poor, who will suffer the same way they did after the note ban in November 2016.

"Whether NPR or NRC, it is a tax on poor people of the country. You understand demonetisation. It was a tax on poor people. Go to banks and give your money but do not withdraw money from your account. Entire money went to the pocket of 15-20 rich people. This (NPR or NRC) is the same thing," he had said.

UP Cop Tells Meerut Locals To Go To Pakistan, Caught On Camera