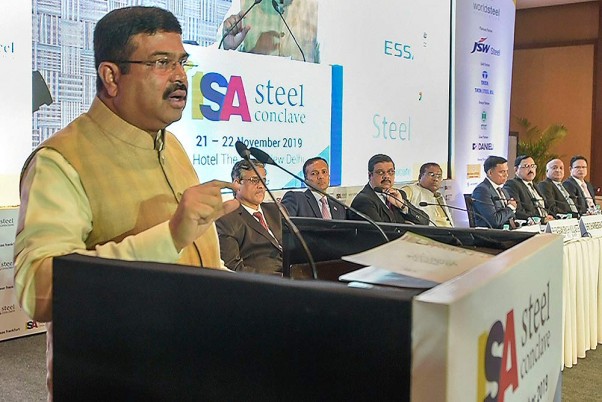 After Congress interim chief Sonia Gandhi demanded a rollback of fuel price hike and Rahul Gandhi alleged that the Centre is "profiteering", Union Petroleum and Natural Gas Minister Dharmendra Pradhan hit back at the Congress, saying the collected money was used for welfare measures instead of personal benefit as allegedly prevalent during the Congress era.

Pradhan said, "I once again reiterate to Madam Sonia Gandhi ji that Modi ji has transferred more than Rs 65,000 crore to 42 crore people in the last 3 months."

Making a strong allegation against the Congress, the Petroleum Minister remarked, "Unlike Congress' legacy of transferring money into the accounts of middlemen, 'National Daamad', 'The Family' and Rajiv Gandhi Foundation, Modi ji's DBT is about putting money in the hands of the poor, farmers, migrant workforce and women."

He also reiterated what BJP President JP Nadda has been saying in many of his virtual rallies, asking what explains Congress-ruled states also hiking tax on fuel if Congress is against the idea.

The minister's counter comes after Sonia and Rahul upped the ante over the issue of fuel price hike.

Congress leader Rahul Gandhi has asked the government to stop "profiteering" from the petrol and diesel prices. His mother and Congress President Sonia Gandhi said, "I along with Congress workers and citizens demand that the government should take back the hike in prices of diesel and petrol in these tough times."

Since the daily price revision resumed on June 7, petrol price has increased by Rs 9.12 and diesel rose by Rs 11.01 in the national capital. In the other cities the magnitude of increase was similar.