Since the crisis in Rajasthan unfolded, the MLAs of Ashok Gehlot and Sachin Pilot camps have been living in plush hotels, enjoying exquisite food, and watching movies. 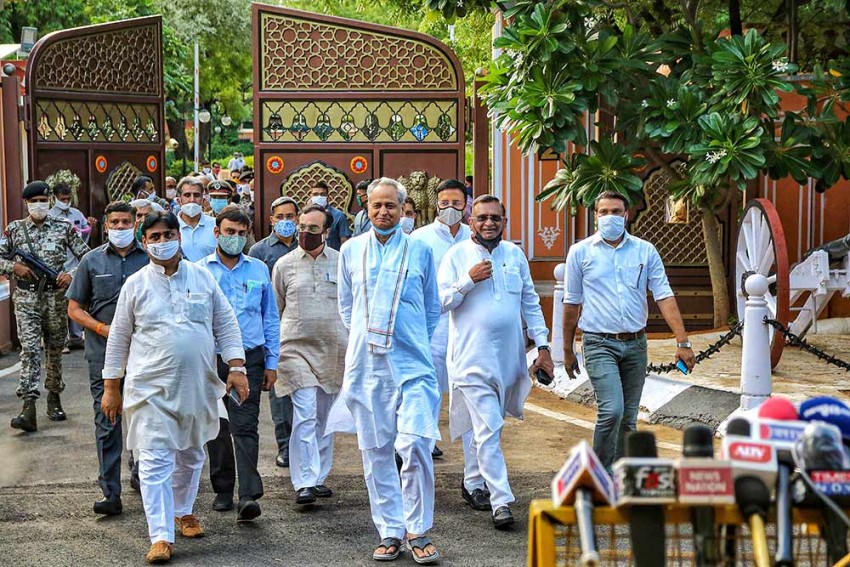 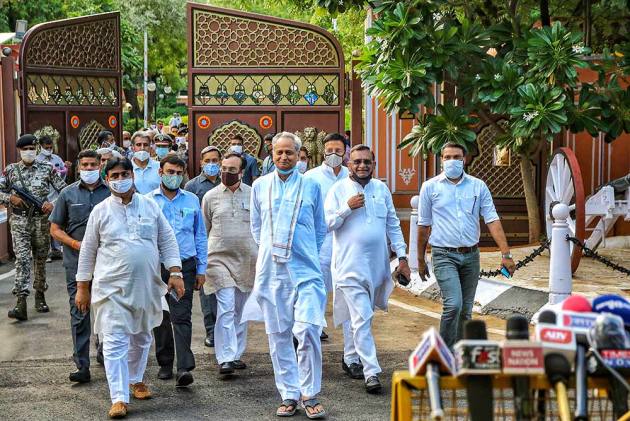 While over 100 Rajasthan MLAs belonging to Ashok Gehlot and Sachin Pilot camps are lodged in luxury hotels, one Communist Party of India (Marxist) MLA is busy driving away locusts on his field in a Bikaner village.

Over the past two weeks, Rajasthan Congress has split into two warring factions with a majority of legislators, including independents, supporting Chief Minister Gehlot while the remaining rallying behind Sachin Pilot. Since the crisis unfolded, the MLAs of the respective camps have been living in plush hotels, enjoying exquisite food, and watching movies.

Meanwhile, Girdharilal Mahiya (62), a first-time MLA from Bikaner's Shri Dungargarh constituency, is busy protecting his field from locusts. "Public representatives are elected by the people to work for their welfare and not for sitting inside five-star hotels, especially during a pandemic," says Mahiya, claiming that he doesn't even know the name of the hotel where the Congress MLAs are staying. He also listens to the grievances of fellow farmers every day who are battling the locust menace, he adds.

A farmer himself, Girdharilal defeated both the BJP and Congress candidates and won his maiden assembly election in 2018 by a margin of over 23,000 votes. Mahilya told Outlook that the district is one of the worst hit by the locust attack in Rajasthan, and centre and state government have not taken enough measures to help farmers and compensate for their losses. "Be it cotton, groundnut, or other crops, agriculturists are sustaining serious losses in wake of the locust attack. And at this time public representatives and political parties are busy bickering with each other".

The people close to him vouch for his simplicity, which was also evident in his election campaigning. "He had no extra money to spend on his campaigning. It was a low-key affair where villagers volunteered for every bit. Small gatherings were held. Also, on the day of polling, villagers sent their own vehicles and carried voters to the booths", a close aide of Mahiya told Outlook. As per the election affidavit filed in 2018, his movable property is worth Rs 8 lakhs only.

Mahiya also feels that the notices issued by the assembly speaker CP Joshi to Pilot and his 18 loyalist MLAs are also 'not right', "A whip is applicable when assembly is in session and not when MLAs are called at hotels or other places".

However, the party had earlier suspended its other legislator Balwan Poonia for voting in favour of Congress during the Rajya Sabha election during last month. Poonia an MLA from Hanumangarh who extended his support to Gehlot said, "In Rajya Sabha, I supported Gehlot Ji and my party suspended me. This time whatever my party decides I will follow that. I am staying at my home, not in any hotel. But in my personal opinion an assembly session should be called soon".

The CPI (M), which has two seats in the 200 member assembly of Rajasthan, hasn't made it clear who they will support if a floor test takes place in the state Assembly. The Party's state secretary Amra Ram told Outlook, "A floor test is not called for at the moment by anyone. We will decide who to support only after a formal announcement of the floor test is made".

"Whatever is happening in Rajasthan is pitiable. Last month the legislators stayed in a hotel for ten days ahead of the RS polls. This month again the legislators have been herded. The state of affairs have become a huge hindrance for any development work", Amra Ram added.

When asked if Poonia stands by the party line of not supporting anybody as of now, Amra Ram said, "The party is united. CPI (M) cadre don't go against its orders".