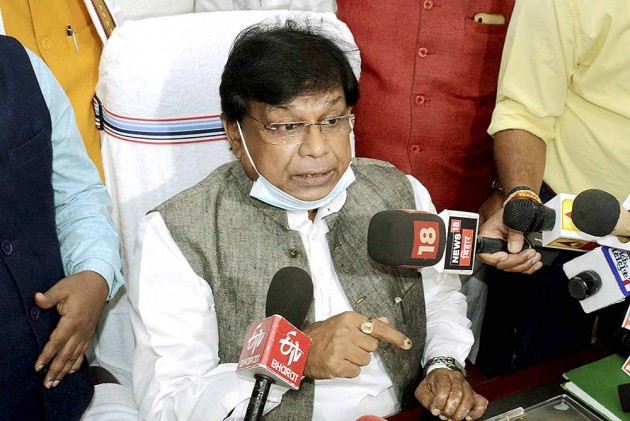 History has a strange way of repeating itself. Fifteen years after a minister had to quit the Nitish Kumar cabinet within hours after taking oath because of his alleged involvement in a corruption case, another minister has resigned under similar circumstances in Bihar now.
Education minister Mewalal Choudhary, who had taken oath barely three days ago, tendered his resignation on
Thursday, within hours after assuming charge of his ministry.

A controversial, two-term legislator of JD(U) from Tarapur, Choudhary’s induction in the new NDA ministry headed by Nitish had kicked up a big row, as he faced corruption charges over the appointment of assistant professors-cum-junior scientist during his tenure as the Vice-Chancellor of Bihar Agricultural University, Sabour in Bhagalpur district between 2010 and 2015.

In fact, an FIR was also lodged against him at the directive of the Chancellor’s office forcing the JD(U) to suspend him for a while.

In those days, BJP leader Sushil Modi had also called for his arrest while he was reported to be absconding in the case.

Leader of Opposition Tejashwi Prasad Yadav and many other leaders of the Mahagathbandhan had hit out at Nitish for appointing the tainted Choudhary in his ministry.
The induction of Choudhary by Nitish had also surprised political observers given his long-standing stand on corruption cases against his ministerial colleagues.
Way back in 2005, Nitish had taken no time to drop Jitan Ram Manjhi from his ministry soon after the swearing-in as soon as he came to know that he had been chargesheeted in the BEd scam, which had taken place during the previous RJD regime.

Manjhi, now his ally who took oath Protem Speaker on Thursday, was subsequently allowed to join the ministry only after he was acquitted by the court two years later.

During Nitish’s first term, another minister, Ramanand Singh, also had to resign after an old corruption case of the Kanti-based Muzaffarpur thermal power station where he worked earlier surfaced.