Mehbooba Allowed To Visit Budgam, Says Govt Instil Fear By Evicting Us From Our Homes, Land

Former Chief Minister said the government wants to repress people to the extent they forget even their existence. 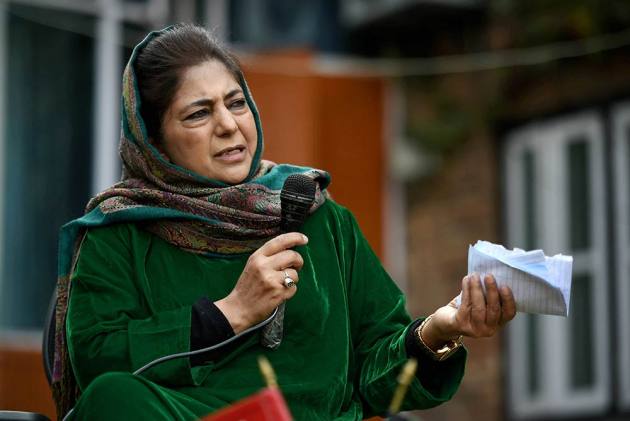 “Since they abrogated Article 370 on August 5, 2019, people have been subjected to all kinds of oppression. The government is instilling fear among people. People are being threatened, they are being evicted from their homes and their lands are being taken away. Those very lands are being taken away from the people who are with them for centuries,” Mehbooba said after visiting the Charar-Sharief area of Budgam district on Sunday.

“It seems the government itself wants to disturb the situation in Jammu and Kashmir. They want to divert the attention of people from the basic issue of Kashmir, which is there for the past 70 years. They want to inflict so much oppression on people that people forget everything,” she said. Mehbooba met an aged woman, who had been sent a notice by the government. The residents told Mehbooba that their land has been taken by the government. The residents showed notices to the former chief minister.

Mehbooba said the government is asking people that they should vacate their land and if they leave their land where would they go.

“You are out to evict people from their homes. But we will not allow you to do it,” Mehbooba said.

On November 10, scores of officials and workers of the Jammu and Kashmir forest department cut about 10,000 apple trees in Kanidajan area. The forest department officials threatened the villagers of police cases against anyone who tried to intervene and raise their voice against the felling of the trees.

Since the abrogation of Article-370 in August last year, the authorities have issued eviction notices to hundreds of nomad communities across Jammu and Kashmir asking them to leave forest areas.

Last month, the authorities demolished 10 mud huts of the nomad Gujjar and Bakerwal community in Lidoora village in Pahalgam in southern Kashmir and asked them to leave the forest land. Though the eviction notices and cutting of apple trees have raised a political storm in Jammu and Kashmir, the government is not coming up with an explanation.