Two persons were killed in police firing last week when protesters clashed with police in Mangaluru during anti-Citizenship Act demonstrations. 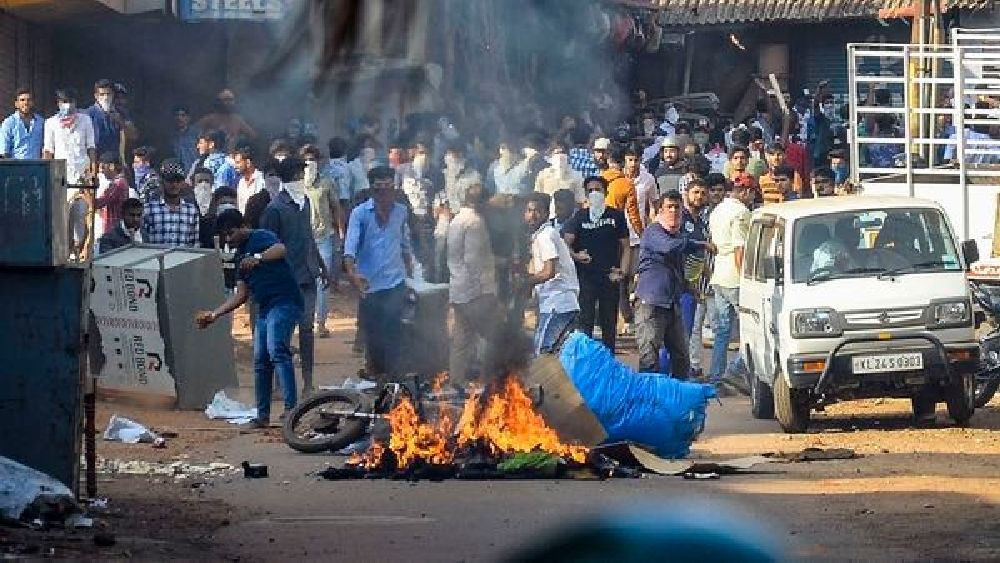 The ex gratia amount of Rs 10 lakh each announced by the Karnataka government to the family of two people killed in the police firing during anti-CAA protests in Mangaluru has been withdrawn, Chief Minister B S Yediyurappa said on Wednesday.

Soon after the incident which occurred on December 19, the state government had announced an exgratia of Rs 10 lakh to the next of kin of those killed in the firing.

"We have not decided yet to give the exgratia to the family members of those killed in the police firing because giving criminals exgratia is an unpardonable crime in itself.

Earlier, the government had decided to give them compensation, but now we have withdrawn it," Yediyurappa told reporters after a marathon meeting with the senior officials of the Dakshina Kannada district.

The Chief Minister returned from Kerala on Tuesday night and held a series of meetings with the officials in the night as well as in the morning.

He said he has directed the police to identify the hooligans who rioted on December 19, file cases against them and initiate stringent action.

"It is now clear that it (Mangaluru riot) was a conspiracy. People tried to barge into the armoury of the police station. We are not going to spare anybody," Yediyurappa said.

Noting that the violence was a meticulous conspiracy, the Chief Minister said stones hurled at police were brought in an autorickshaw-trolley and dumped.

Slamming the opposition for making 'baseless' charges against his government, Yediyurappa said, "When the brain does not function properly the opposition members talk like that."

"Those poor people don't have any other issue to raise, so they give such irresponsible statements.

"The evidences clearly show their (rioters) involvement in the arson and loot," Yediyurappa said in reply to a query that the opposition was blaming him and Home Minister Basavaraj Bommai for the police firing.

The Chief Minister faced the ire of people at Kannur in Kerala when his convoy was attacked by a group of people for the police firing and his government's decision to go ahead
with the Citizenship (Amended) Act.

Two persons were killed in police firing last week when protesters clashed with police in Mangaluru during anti-Citizenship Act demonstrations. The deceased were identified as Jaleel Kudroli (49) and Nausheen (23).