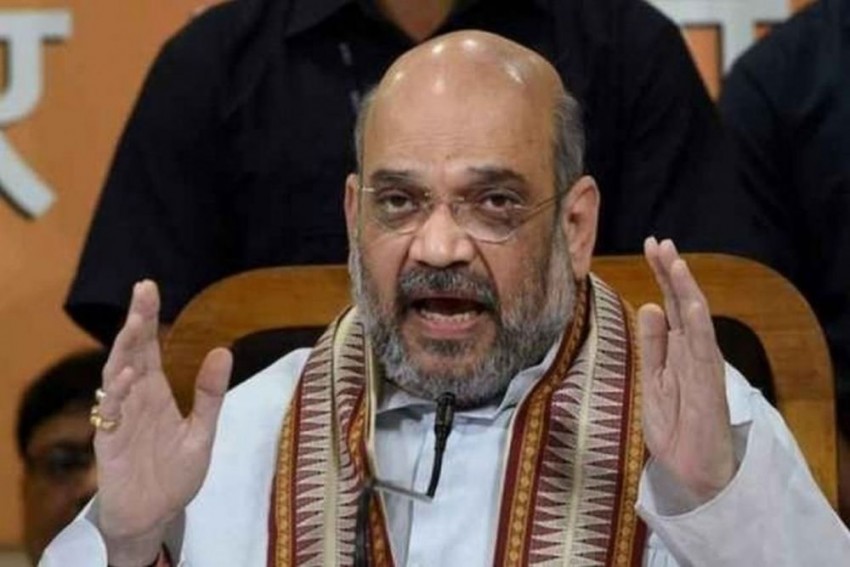 Shah also accused the TMC supremo of indulging in appeasement politics even in case of deaths.

"Mamata Banerjee had advised people to gherao central forces. Is that not responsible for the deaths in Sitalkuchi? Her advice had instigated the people to attack the CISF," Shah told reporters after a roadshow in Santipur in Nadia district.

Apart from the four deaths in what the CISF described as a "self-defence action", a BJP worker was also shot dead by unidentified persons in the same Sitalkuchi assembly constituency during the fourth phase of voting on Saturday.

Shah alleged that Banerjee did appeasement politics by paying tributes to the people killed in the CISF firing but did not condole the death of the BJP worker, identified as Anand Barman, as he was from the Rajbongshi community who are not her vote bank.

"Attempts are being made to politicise the Sitalkuchi killings. Mamata Banerjee had paid tributes to four persons who were killed in the CISF firing but did not condole the death of Anand Barman as he is a Rajbongshi and is not fit for her vote bank. It is very unfortunate to see appeasement politics even in case of deaths," he said.

Noting that polling in the first three phases was by and large peaceful, Shah appealed to all the political parties to abide by the Election Commission rules in the next four phases.

Banerjee, while addressing a rally at Baneswar in Cooch Behar district on April 7, had alleged that CRPF personnel were harassing and killing people at Shah's behest.

She had advised people to "form groups to gherao central forces and keep them busy by talking to them", while others will quickly go to polling stations and cast their votes.