Banerjee will walk from the school to the Vidyasagar college on Bidhan Sarani, where the statue will be re-installed in her presence. 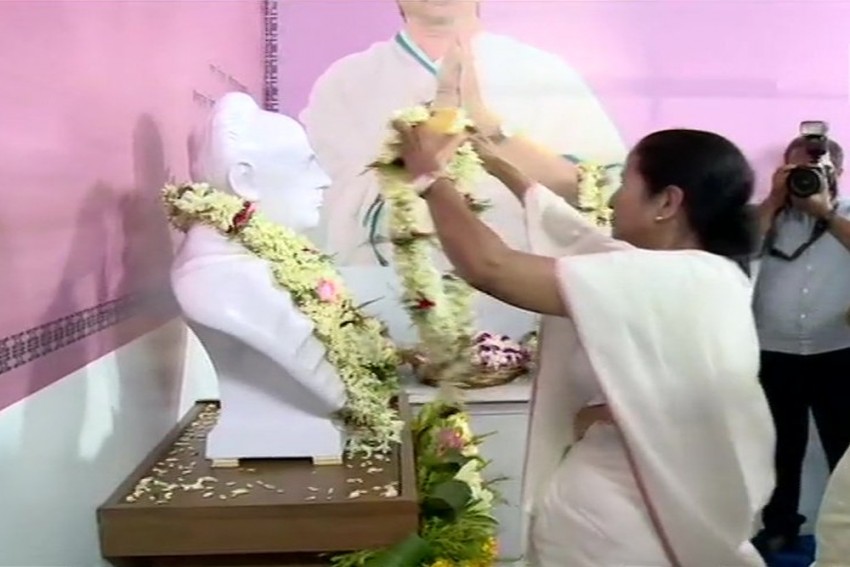 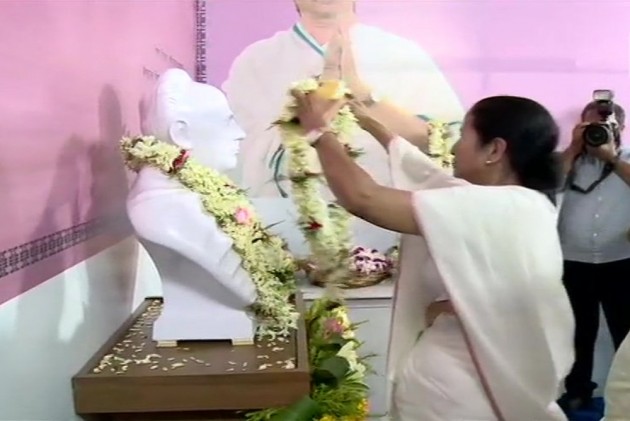 She also unveiled an 8.5-ft pristine white fibre-glass statue of Vidyasagar in the courtyard of the college.

After unveiling the bust near Hare school, which was then transferred to Vidyasagar College, Banerjee said altogether 10 people were killed in post-poll violence in the state and eight of them belonged to her party -- the Trinamool Congress.

The other two are BJP supporters, she said.

"Every death is unfortunate. I will ask the chief secretary to provide assistance from the disaster management fund to the families of all the 10 deceased," she said.

Post-poll violence has been reported from various places of West Bengal after the BJP secured 18 of the 42 Lok Sabha seats in the state, just four less than that of the TMC.

All the cases will be investigated, the chief minister said.

Claiming that the BJP is "planning to change Bengal into Gujarat", she said, "I am ready to go to jail but will not allow it to happen."

The new bust was unveiled by Banerjee at a programme held near Hare School and then transported in an open jeep to Vidyasagar College, where it was installed at the same place where the vandalised old one was placed.

Eminent poets, writers and senior ministers were also present at the programme.

The shattering of the bust led to bitter recrimination, with both Banerjee and Shah accusing each other's party workers of vandalism.