The fire is yet to be brought under control and the cause of the blaze is still unknown, officials said 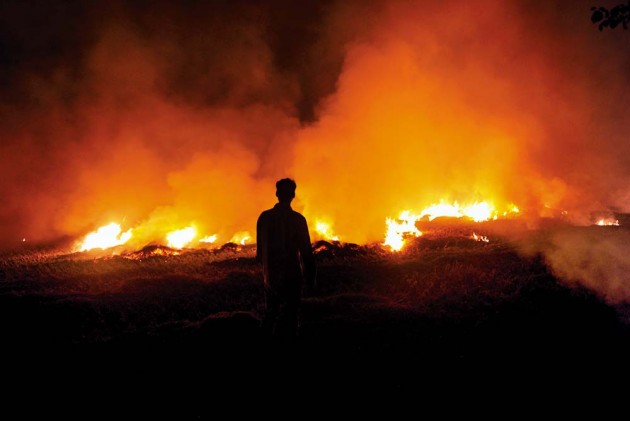 A major blaze erupted in Navi Mumbai's Taloja industrial area, police officials said. The fire broke out in at least four factories in the area.

Although no casualties have been reported so far, the fire is yet to be brought under control. It broke out at around noon, said Santosh Kadam, chief, Regional Disaster Management Cell (RDMC), Thane Municipal Corporation (TMC).

As per preliminary information, the blaze erupted at a factory and spread to three adjacent units that deal in acid packaging and fabrication.

The cause of the blaze is not known.

At least 12 fire engines drawn from various nodes including Taloja, Rabale, Kalamboli and Kharghar in Navi Mumbai, and numerous water tankers have been deployed to douse the flames, Kadam said.

Senior officials of the police and fire departments are supervising the fire-fighting operations, he added.

Taloja town in Raigad district is an extension of Kharghar node and it is governed by the Panvel Municipal Corporation.